Catalog No.
A3765
Add to Compare
Email
Inhibitor of next-generation nonnucleoside reverse transcriptase
Skip to the end of the images gallery 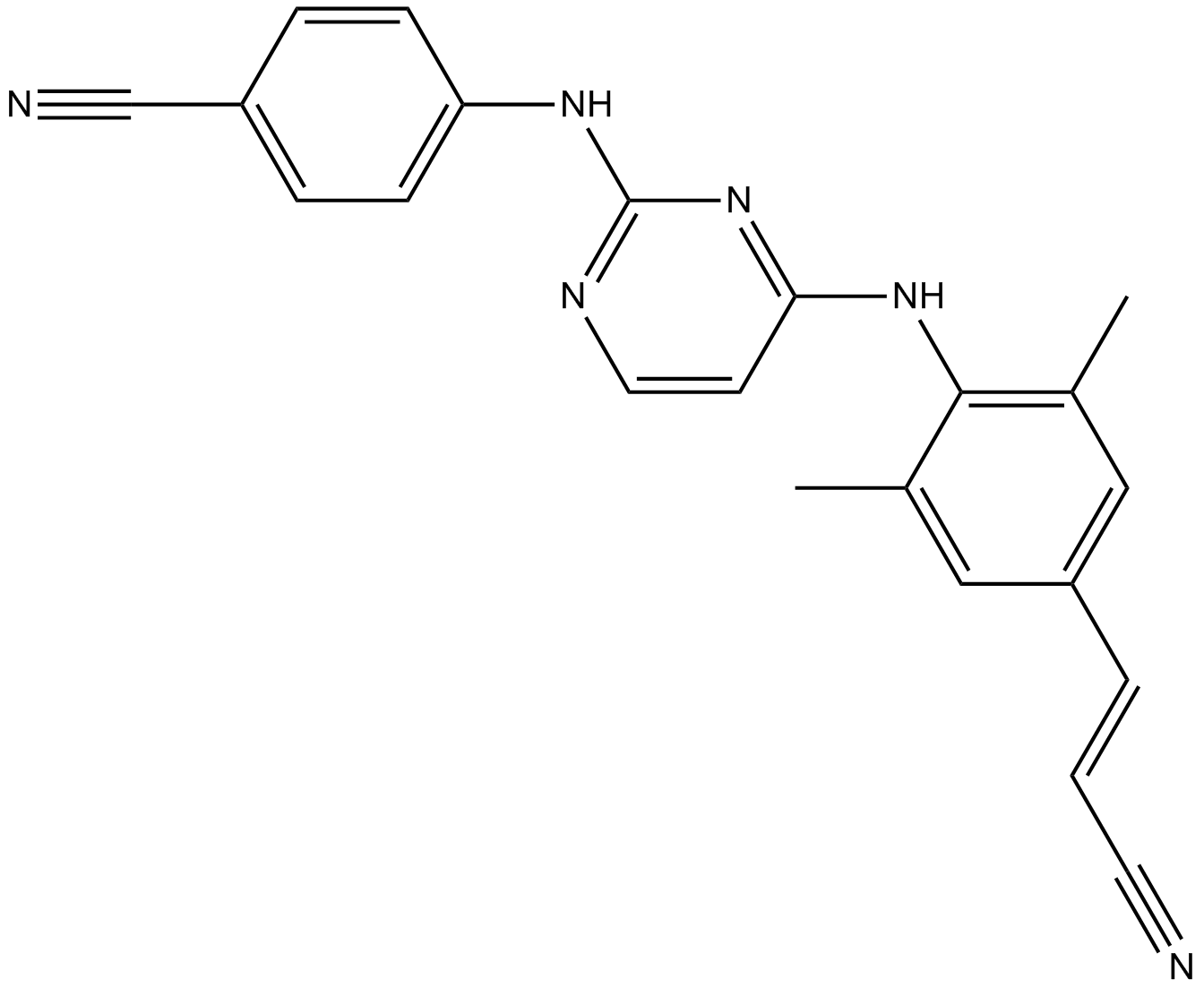 Rilpivirine is a second-generation non-nucleoside inhibitor of HIV-1 reverse transcriptase with IC50 value of 0.73 nM [1].

Since the existed anti-HIV compound efavirenz showed a serious of side effects including low genetic barrier to resistance and causing CNS disturbance, the alternative NNRTIs (non-nucleoside reverse transcriptase inhibitors) with the advantages (potent, well-tolerated and long plasma half-lives) of efavirenz and without these side effects have been developed. Rilpivirine is one of these new candidate compounds [2].

Rilpivirine showed inhibitory activities to both wild-type HIV (with EC50 value of 0.51 nM) and NNRTI-resistant strains. The conformational flexibility of rilpivirine allowed it to adjust different mutations of the reverse transcriptase. For the singly mutant HIV strains such as L100I, G190S, G190A and V106A, rilpivirine showed higher retained potency than efavirenz and low EC50 values blow 1 nM. In MT-4 cells infected with the K103N isolates, rilpivirine exerted the EC50 value of 0.35 nM. Besides that, rilpivirine showed EC50 values of 2.7 nM and 0.8-1.7 nM for the double-mutant strains K103N/L100I and K103N/ Y181C, respectively. Besides that, rilpivirine was found to significantly inhibit the expression or function of some drug transporters including OATP1B1, CYP3A4 and ABCB1 [2 and 3].

The long elimination half-life and high oral bioavailability of rilpivirine allowed it to be administrated in once-daily oral dose. It showed good oral absorption at dose up to 200 mg in the in vivo evaluation assay. Since rilpivirine has a poor water- and oil- solubility, a nanosuspension injectable formulation has been developed [2 and 4].