Catalog No.
A8341
Add to Compare
Email
PKCα/PKCβ1 inhibitor
Skip to the end of the images gallery 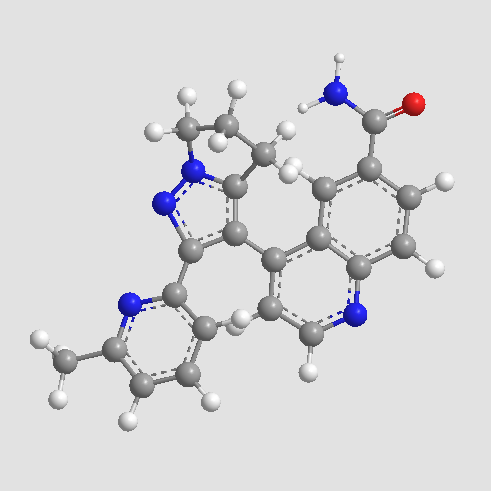 Protein kinase C (PKC) is a family of protein kinase enzymes and plays an important role in controlling the function of other proteins by the phosphorylation of hydroxyl groups of serine and threonine amino acid residues on these proteins [1-3].

Go 6976 is a potent PKC inhibitor and has a more potent activity with the reported PKC inhibitor H-7. When tested with nRT cells, Go 6976 showed a marked decrease the baseline T-current amplitude nearly 40% at the dose of 10 μM by inhibiting Ca2+-dependent PKC pathway [3]. In T cell lines ACH-2 and U1 infected with HIV-1, Go 6976 treatment effectively blocked viral transcription induced by Bryostain 1 or tumor necrosis factor α which lead to the inhibition of intracellular viral protein synthesis and viral shedding and also blocked IL-6 mediated posttranscriptional inducetion of viral protein [2]. 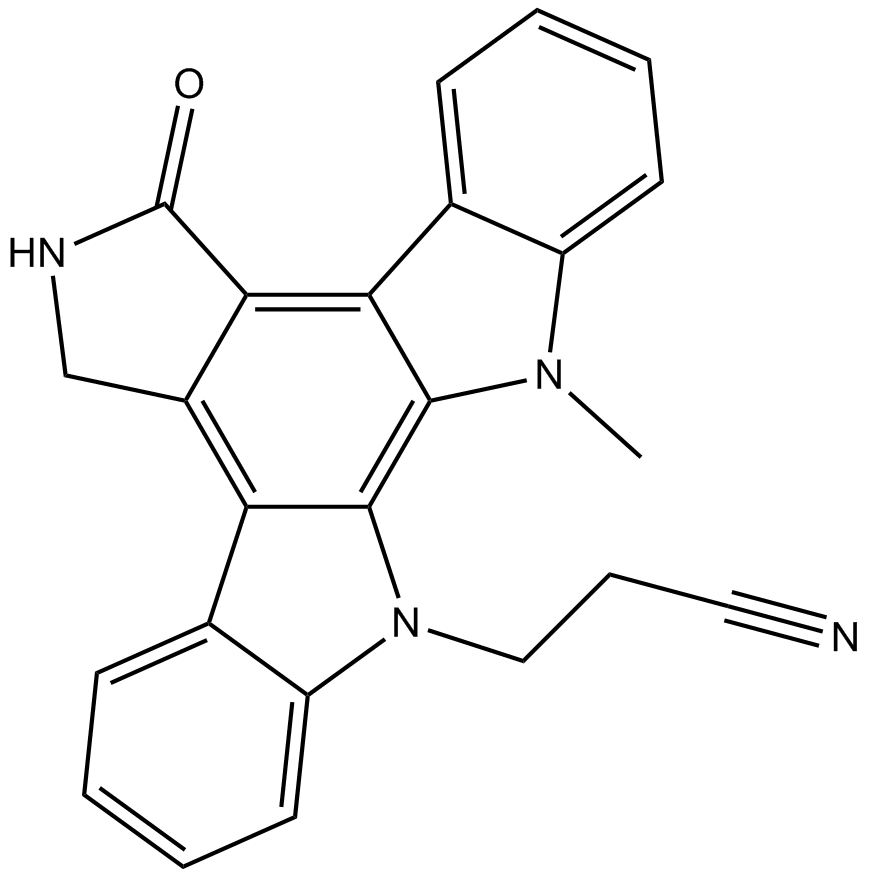