Catalog No.
A8600
Add to Compare
Email
Tankyrase inhibitor
Skip to the end of the images gallery 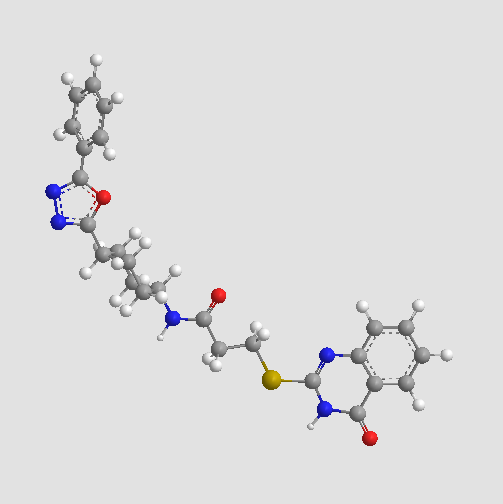 Tankyrase Inhibitors (TNKS) 22 is a potent, selective and orally bioavailable inhibitor of tankyrase with IC50 value of 0.1nM [1].

Tankyrase 1 and tankyrase 2 are members of PARP family. They can use NAD+ as substrates to transfer ADP-ribose polymers onto tagert proteins. The tankyrase are found to bind to PARSylate axin proteins which are the negative regulator of Wnt pathway. It makes tankyrase to be targets in treatment for adenomatous polyposis coli. Tankyrase inhibitors 22 is an optimization of the previous hit compound inhibitor 8 with improved potency and selectivity. It has excellent effects in both tankyrase assay and cellular assay (total β-catenin degradation assay in SW480 cells) with IC50 values of 0.1nM and 3.7nM, respectively. In addition, it is found to be a dual binder with both the nicotinamide pocket and the induced pocket of the enzymes [1]. 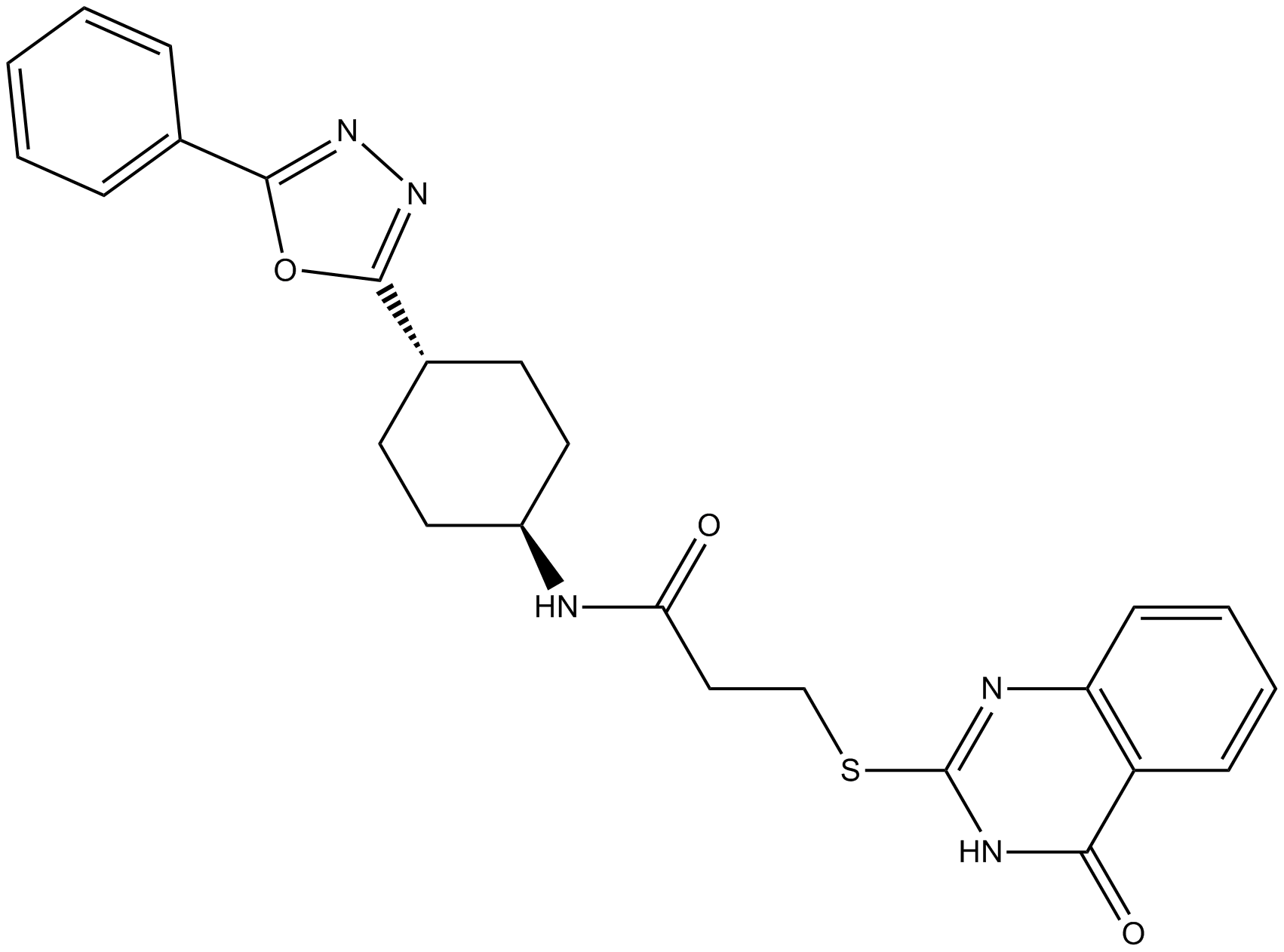 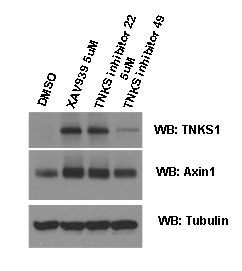