Catalog No.
A3316
Add to Compare
Email
H1 histamine receptor antagonist
Skip to the end of the images gallery 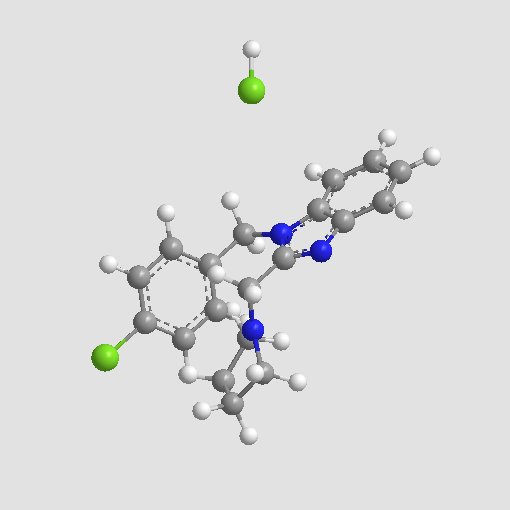 In vitro: Although significant, clemizole’s antiviral effect was moderate (50% effective concentration of 8 mM against a HCV genotype 2a clone). Clemizole’s antiviral effect was highly synergistic with the HCV protease inhibitors VX950 and SCH503034, without toxicity. In contrast, clemizole combinations with either interferon, ribavirin, or the nucleoside (NM283) and nonnucleoside (HCV796) HCV polymerase inhibitors were additive [1].

In vivo: Clemizole had an unexpectedly short plasma half-life; it was very rapidly bio-transformed into a glucuronide (M14) and a dealkylated metabolite (M12) and into a variety of lesser metabolites in C57BL/6J mice [2].

Clinical trial: The purpose of a study was to test the hypothesis that clemizole hydrochloride was safe and well tolerated when administered to subjects who were infected with hepatitis C virus and had not yet received treatment. This clinical study would also examine how the virus and body respond to clemizole hydrochloride (https://clinicaltrials.gov/ct2/show/NCT00945880?term=Clemizole&rank=1). 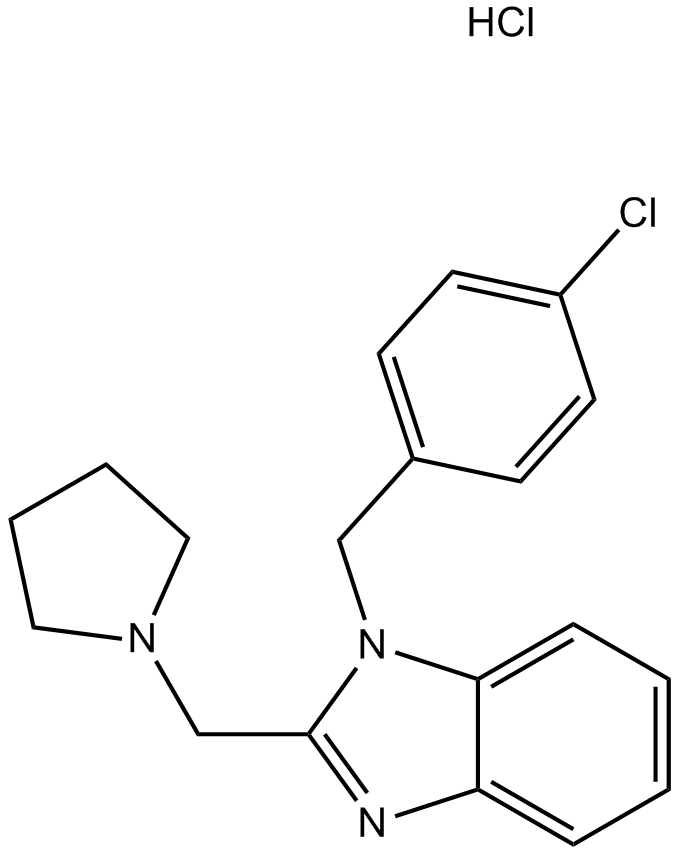 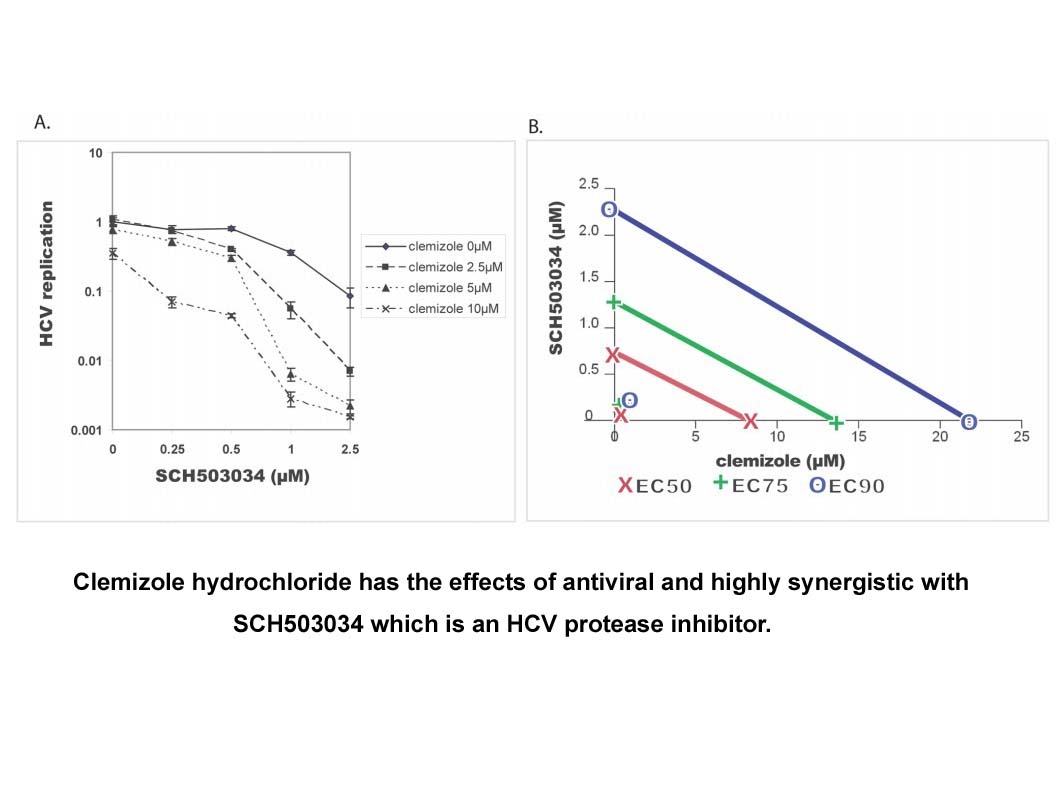