Catalog No.
C3622
Add to Compare
Email
methionine aminopeptidase-2 (MetAP2) inhibitor
Skip to the end of the images gallery

MetAP2 is present in all organisms and is important due to its key role in tissue repair and protein degradation. Moreover, MetAP2 is of particular interest since it plays a critical role in angiogenesis, which is necessary for the progression of diseases, such as solid tumor cancers and rheumatoid arthritis.

In vitro: Antitumor activity of TNP-470 was evaluated in eight human cultured cell lines derived from choriocarcinoma; ovarian cancer; TYK and Nakajima; and uterine endometrial cancer. Results showed that after 7-day culture with TNP-470, in medium at the concentration of 10 to 10-2 μg/ml, the inhibition of growth was observed in all of the eight cell lines. The half inhibitory concentration of choriocarcinoma cell lines was at an extremely low level compared to that of e uterine endometrial cancer and pithelial ovarian cancer [1].

In vivo: The anti-tumor effect of TNP-470 was studied using nude mice with tumors of GCH-1(m), NUC-1, or Nakajima cells. When the size of the transplanted tumor reached 100–200 mm3, 3, 10, or 30 mg/kg of TNP-470 was injected every other day. It was found that the inhibitory effect of TNP-470 was obtained by the administration of 10 and 30 mg/kg in GCH-1(m) and NUC-1 cells, respectively, while in Nakajima cells there was no significant effect. In addition, in nude mice treated with 30 mg/kg of TNP-470, lung metastasis of GCH-1(m) cells was greatly inhibited both in the number and the size of tumor nodules, suggesting that the capillary growth in the originally developed tumor was also reduced [1].

Clinical trial: A phase I study found that the effects of TNP-470 could be evaluated in 32 of the 33 patients. The dose-limiting toxic effect was a characteristic neuropsychiatric symptom complex. No definite anti-tumor activity of TNP-470 was observed; however, transient stimulation of the serum prostate-specific antigen concentration occurred in some of the patients treated [2]. 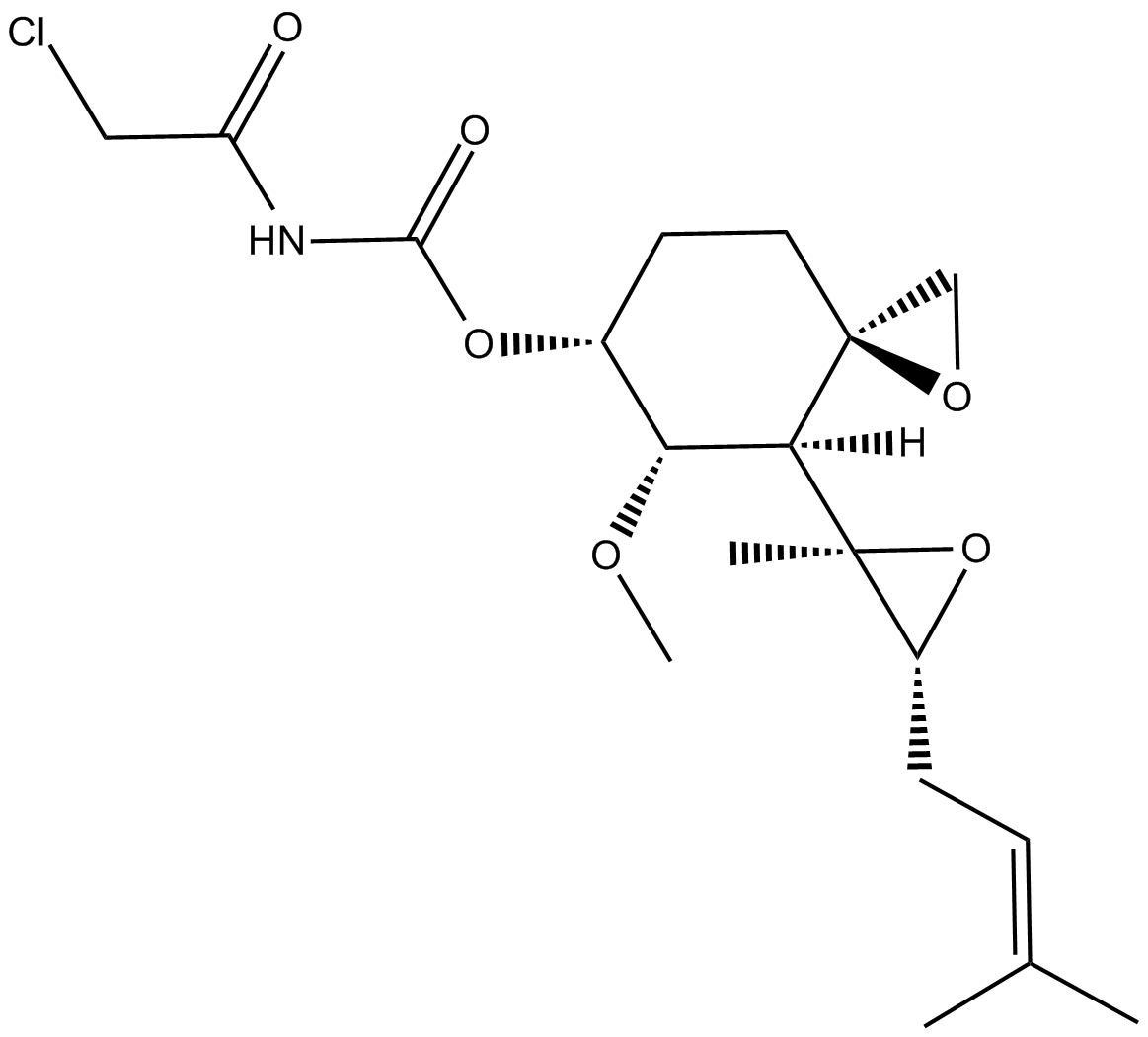