Catalog No.
A3754
Add to Compare
Email
ALK5 inhibitor,potent and selective
Skip to the end of the images gallery 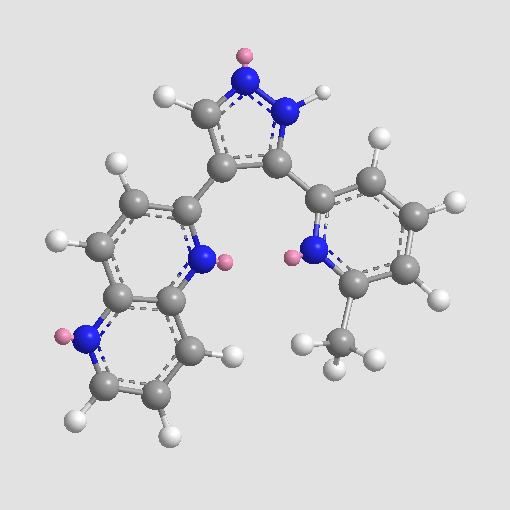 TGFβR-1 belongs to the TGFβ receptor family, which is a serine/threonine kinase receptor and bind ligand TGFβ. It gets involved in tumor transformation, cell differentiation and proliferation.

RepSox was found to replace the function of Sox2 to induce reprogramming of iPS cells, via the mechanism of inhibiting TGFβR-1 [1]. MEF cells were treated with RepSox for 3 days, and then it was removed at the time of transduction with Oct4, Klf4, and cMyc. The result showed the TGFβR-1 -associated expression of L-Myc was increased by 5-fold after RepSox treatment [1]. A partially reprogrammed cell line (OKMS 6) was treated with RepSox and performed global gene expression analysis at 10, 24, and 48 hours following the initiation of treatment. The result showed the Id1, Id2 and Id3 gene, repressed by TGFβR-1 signaling, were released from that repression and the expression level was increased. Additionally, other genes responsive for TGFβR-1 signaling were inhibited. It suggested RepSox was able to inhibit TGFβR-1 and suppress the TGFβR-1 downstream signaling [1].

In mouse model, iPS cells reprogrammed by RepSox were labeled with Tomato-red protein and then they were injected mouse blastocysts to produce mosaic embryo. The result showed that both embryo and adult mouse were with significant contribution from RepSox induced iPS cells. It suggested that the inhibitory activity of RepSox for TGFβR-1 was active in vivo [1]. 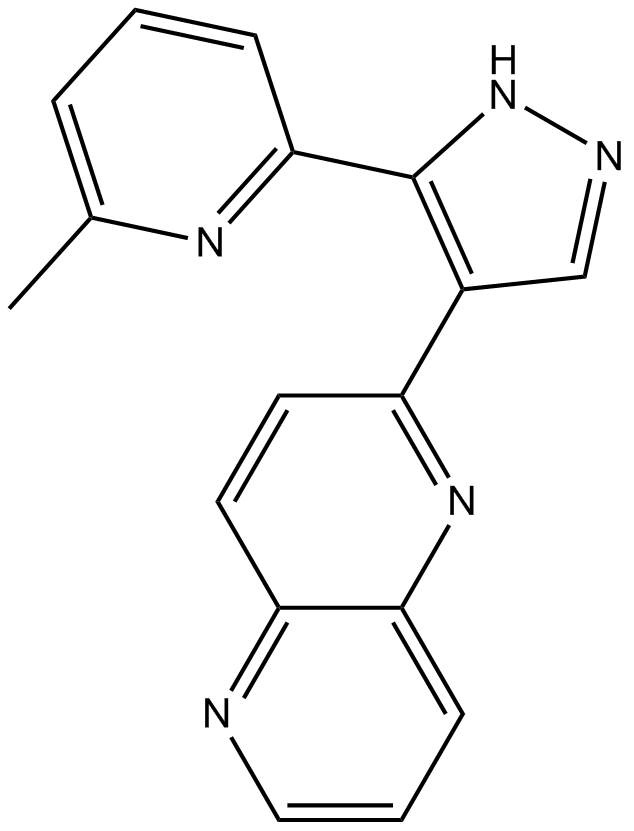