Catalog No.
A5755
Add to Compare
Email
Wee1 kinase inhibtor,potent and ATP-competitive
Skip to the end of the images gallery 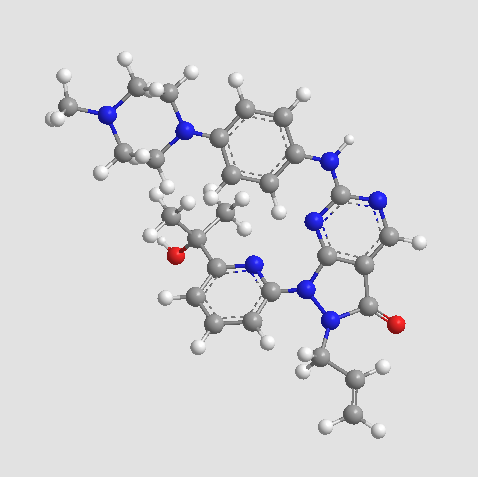 MK-1775 is a potent and selective Wee1 inhibitor with an IC50 of 5.2 nM in a cell-free assay. MK-1775 abolishes cyclin-dependent kinase 1 (CDC2) activity by phosphorylation of the Tyr15 residue [1]. Wee1 is a nuclearkinasebelonging to theSer/Thr familyof protein kinases. Wee1 kinase negatively regulates entry into mitosis by catalyzing the inhibitory tyrosine phosphorylation of CDC2/cyclin B kinase. Dysfunction of Wee1 will produce smaller than normal daughter cell [2].

In vitro:MK-1775 dose-dependently inhibited phosphorylation of CDC2 at tyr15 and abrogated the G2DNA damage checkpoint. MK-1775 inhibited Wee1 kinase in an ATP-competitive manner with an IC50 value of 5.2 nmol/L in the in vitro kinase assays. Compared to Wee1, MK-1775 displayed 2- to 3-fold less potency against Yes with the IC50value of 14 nM, 10-fold less potency against seven other kinases with >80% inhibition at 1 μM, and >100-fold selectivity over human Myt 1, another kinase that inhibited cyclin-dependent kinase 1 (CDC2) by phosphorylation at an alternative site (Thr14). By abrogating the DNA damage checkpoint via blockade of Wee1 activity in WiDr cells bearing mutated p53, MK-1775 treatment inhibited the basal phosphorylation of CDC2 at Tyr15 (CDC2Y15) with an EC50 of 49 nM, and dose-dependently suppressed gemcitabine-, carboplatin- or cisplatin-induced phosphorylation of CDC2 and cell cycle arrest, with the EC50 of 82 nM and 81 nM, 180 nM and 163 nM, as well as 159 nM and 160 nM, respectively. In WiDr and H1299 cells, MK-1775 treatment (30-100 nM)showed no significant antiproliferative effects, whereas MK-1775 at 300 nM was sufficient to inhibit Wee1 by >80%, displayed moderate but significant antiproliferative effects by 34.1% in WiDr cells and 28.4% in H1299 cells [1]. 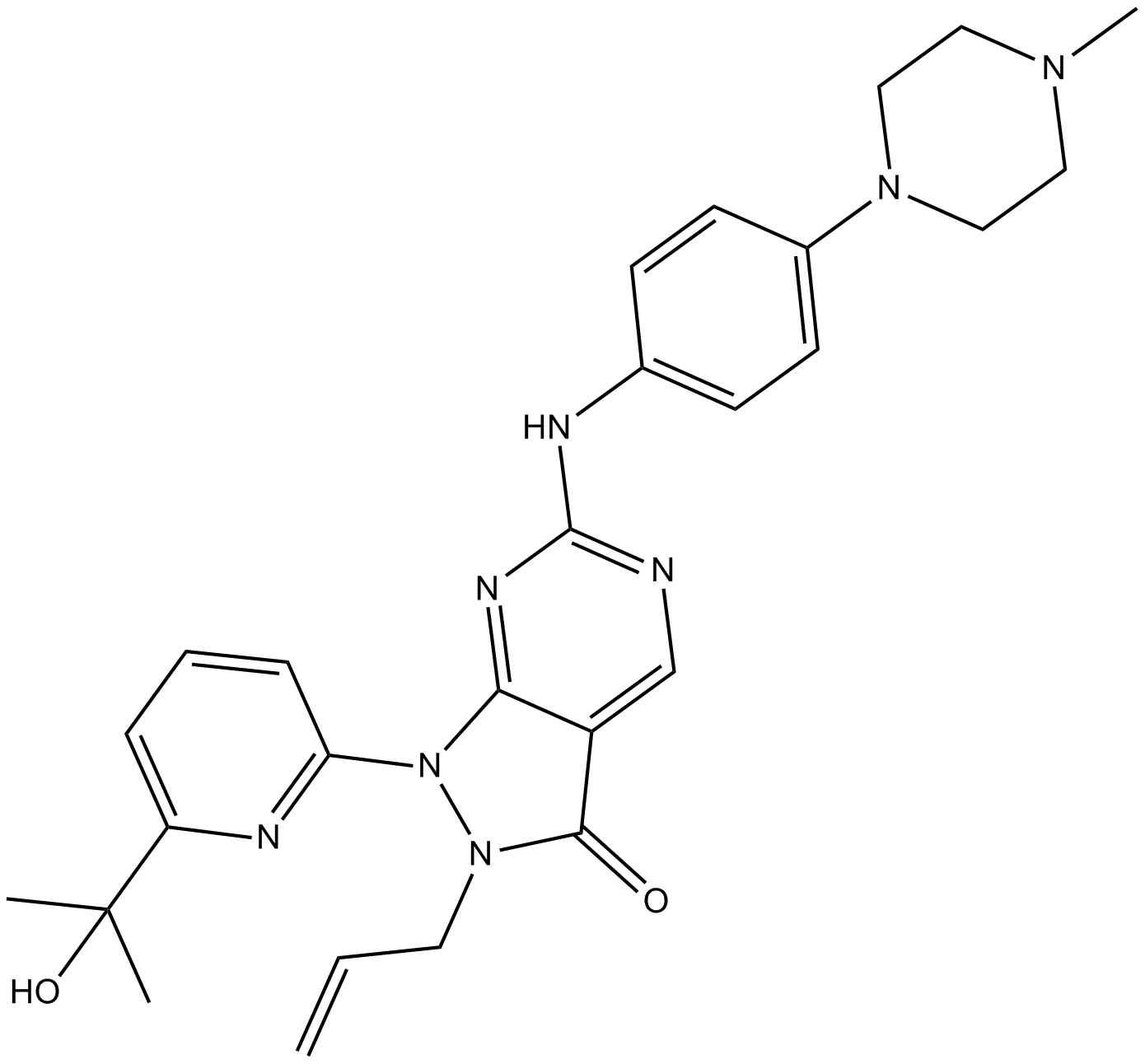 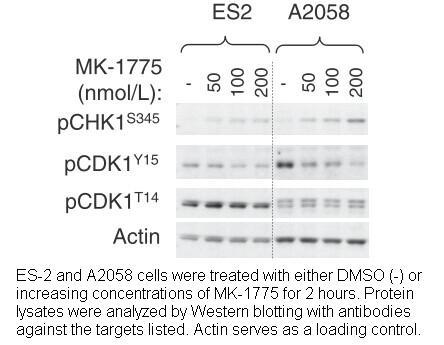 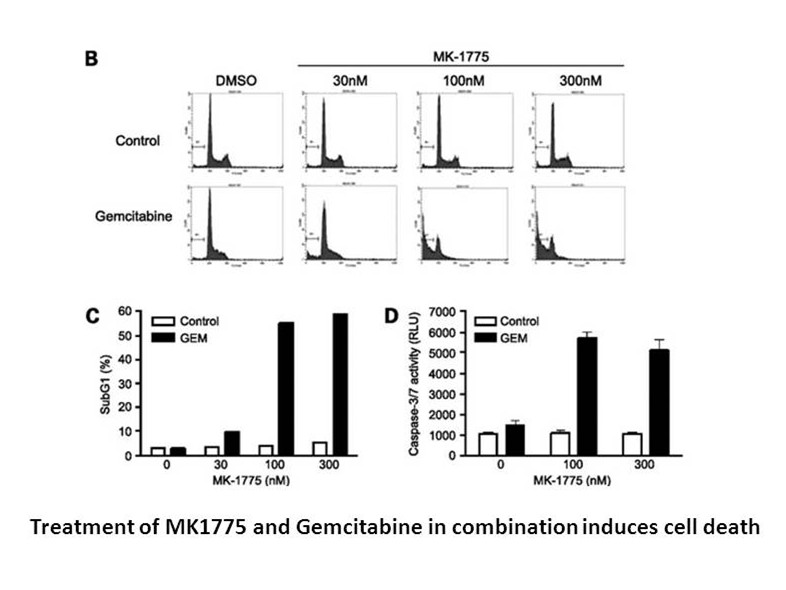 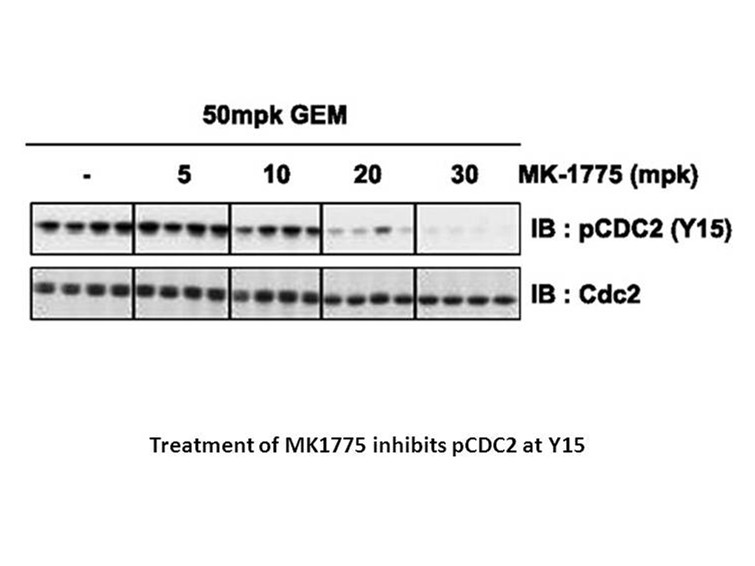 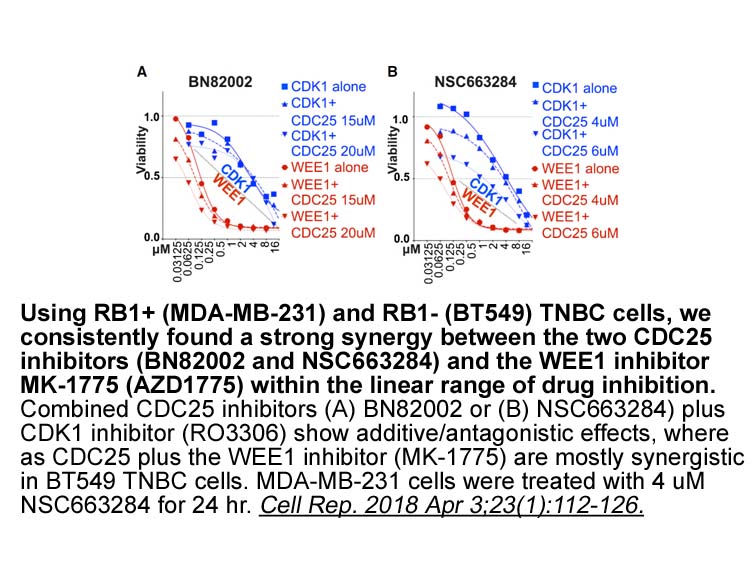 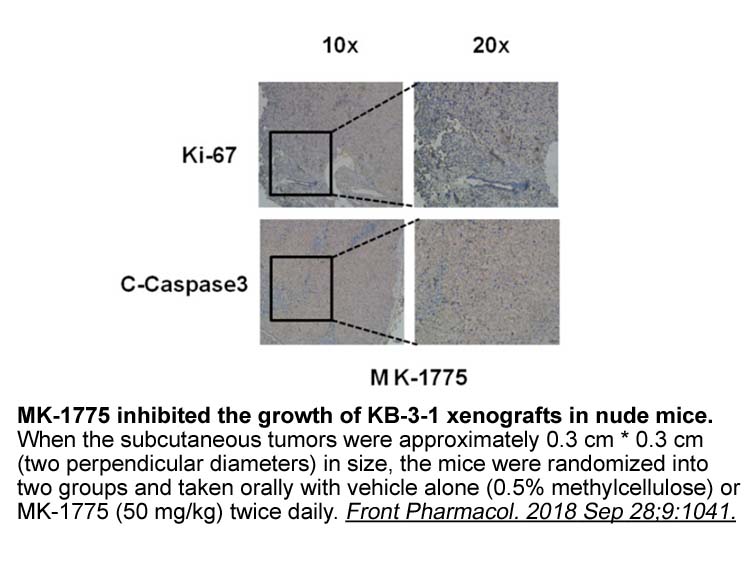 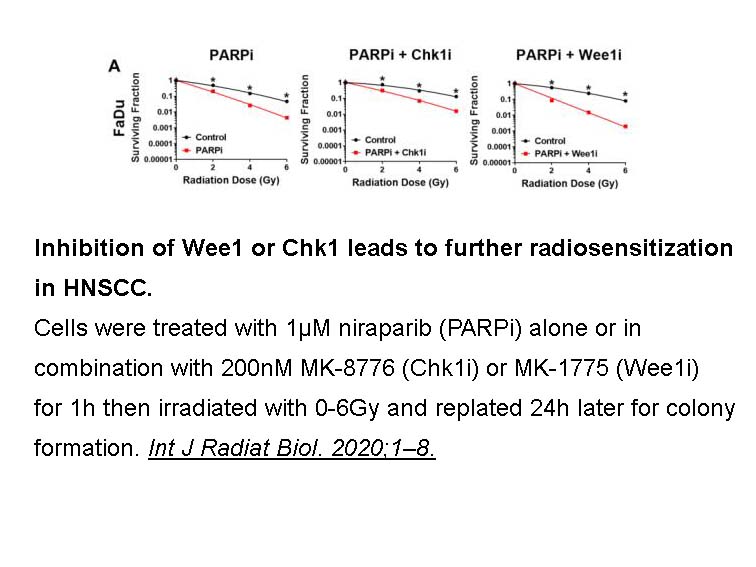