Catalog No.
A8778
Add to Compare
Email
Used for the detection of protein synthesis
Skip to the end of the images gallery

An alkyne derivative of puromycin used to supervise newly protein synthesis, named O-propargyl-puromycin (OPP), is a potent protein synthesis inhibitor that stopping translation through be incorporated into the C-terminus of translating polypeptide chains.

OPP can conjugate with nascent polypeptide chains thus constituting a covalent form. In addition, OPP can be visualised or captured through copper (I)-catalyzed azide-alkyne cycloaddition [1]. Thus, OPP often regarded as a marker suitable for imaging and identifying nascent proteins in cells and animals. The research has reported that in CHO cells, the OPP-labelling could quantify global protein synthesis. Moreover, at the single-cell level, the OPP-labelling enables correlation of global protein synthesis rates with DNA content [2]. In vivo, the injected OPP mice tissues display specific cohesion with nascent proteins than the uninjected mice tissues [1]. OPP-mediated identification (OPP-ID), is a technique to find how cells regulate the nascent protein expression that can apply in most cell types when cells suffer stimuli and stress [3].

[1] Liu J, Xu Y, Stoleru D, et al. Imaging protein synthesis in cells and tissues with an alkyne analog of puromycin.[J]. Proceedings of the National Academy of Sciences of the United States of America, 2012, 109(2):413. 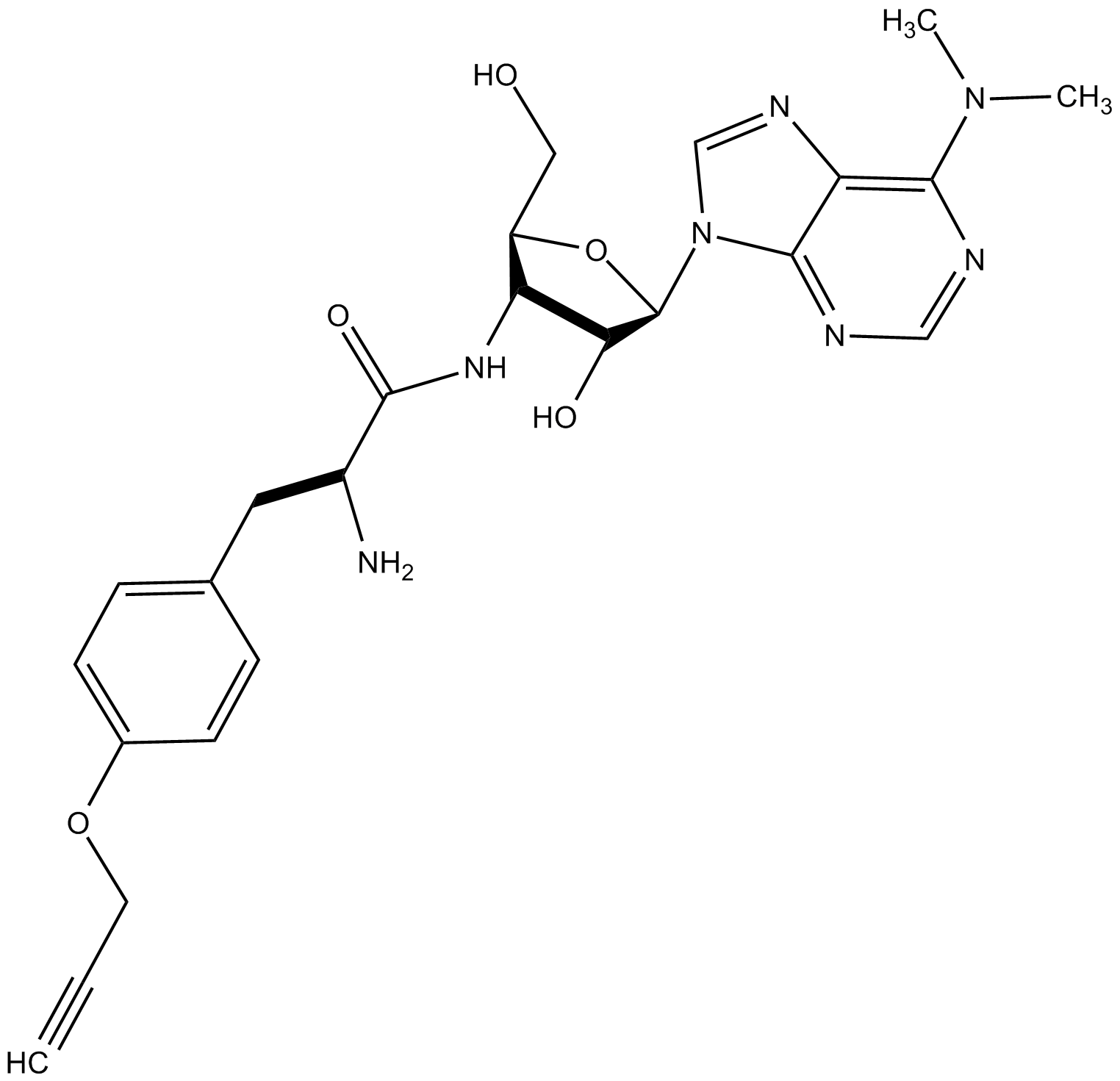