Catalog No.
A3570
Add to Compare
Email
Potent GSK-3 inhibitor
Skip to the end of the images gallery 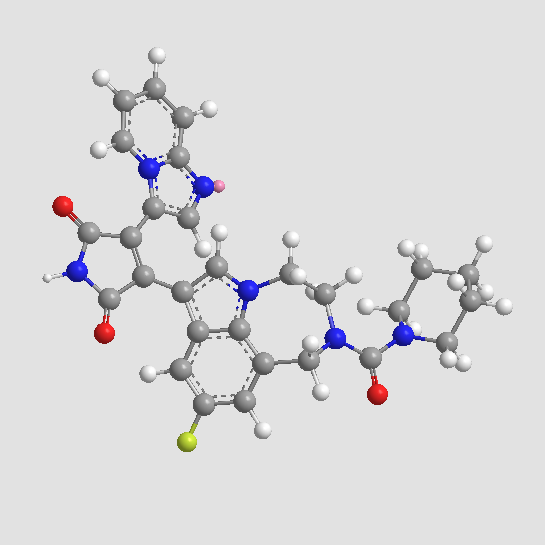 LY2090314 (LY) is a potent inhibitor of glycogen synthase kinase-3 (GSK-3) which plays an important role in various pathways, such as protein synthesis initiation, cell proliferation/differentiation, and apoptosis.

In vitro: LY2090314 selectively inhibits the activity of GSK-3 by inhibiting ATP binding. LY2090314 was reported to be able to stabilize β-catenin. As monotherapy, LY2090314 aslso showed limited efficacy. In solid tumor cancer cell lines, LY3090314 was found to enhance the efficacy of cisplatin and carboplatin [1].

In vivo: Even in Mdr1a-, Bcrp-, and Mrp2-knockout rats, the metabolites of LY2090314 did not appear in systemic circulation, and the urinary excretion was not found to be enhanced, since the hypothesized impaired biliary excretion of metabolites in the absence of these canalicular transporters was not observed. Dog metabolite disposition was similar, with the exception of LY2090314 glucuronide. Moreover, LY2090314 enhances the efficacy of cisplatin and carboplatin in solid tumor cancer xenografts [1]

Clinical trial: In advanced solid tumor patients (pts), LY2090314 (LY) was dosed intravenously as a lead-in 7 days prior to the first administration of the triplet combination with PC. Preliminary pharmacokinetic analyses showed that exposure increased as dose increased over the dose range studied with a short terminal elimination half-life calculated in the majority of patients. Large number of pretreated patients that experienced stable disease suggests continued evaluation of LY in NSCLC may be warranted. 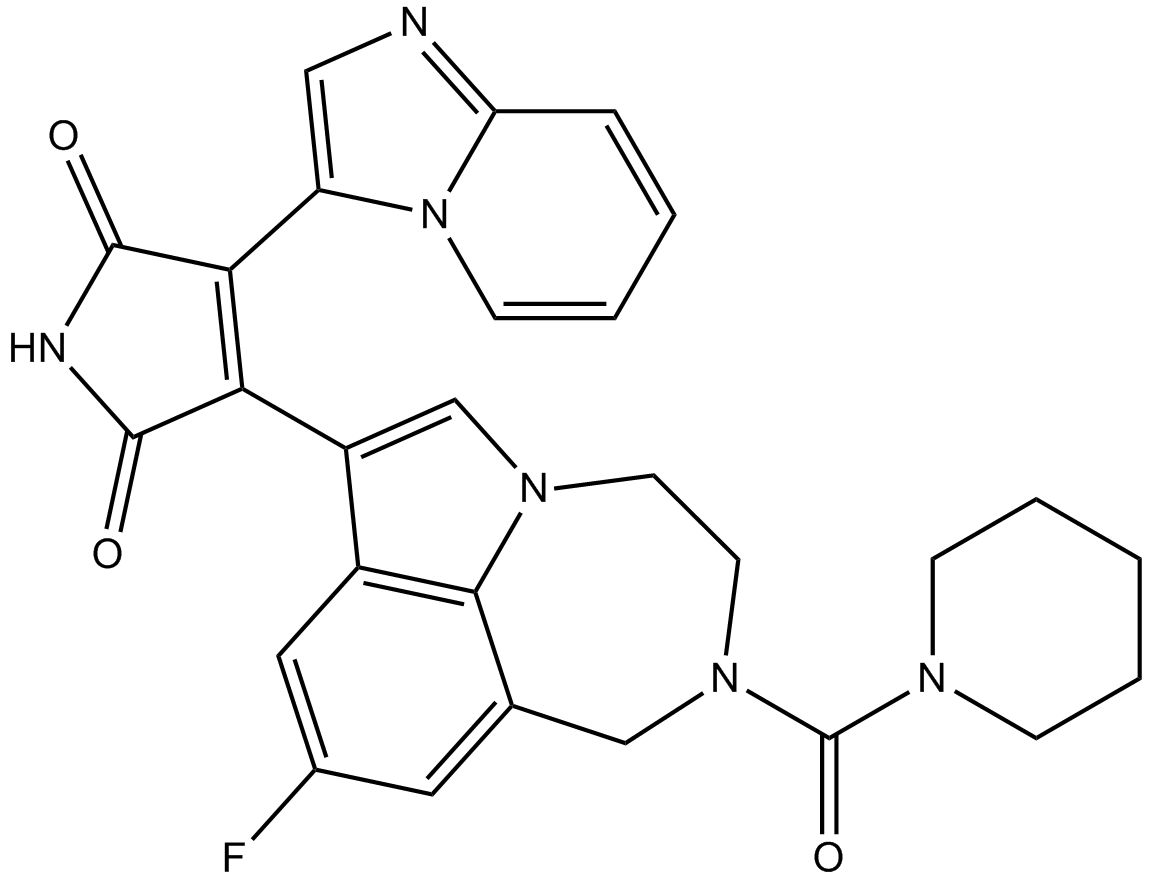