Catalog No.
A1026
Add to Compare
Email
T cell activator
Skip to the end of the images gallery 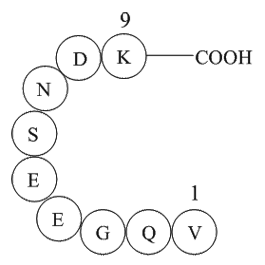 β-Interleukin I (163-171), human(C39H64N12O19), a peptide with the sequence Val-Gln-Gly-Glu-Glu-Ser-Asn-Asp-Lys, MW= 1005. Interleukins are a group of cytokines (secreted proteins/signaling molecules) that were first seen to be expressed by white blood cells (leukocytes). Interleukin 1 alpha and interleukin 1 beta (IL-1 alpha and IL-1 beta) are cytokines that participate in the regulation of immune responses, inflammatory reactions, and hematopoiesis.

Interleukin-1 beta (IL-1β) also known as catabolin, is a cytokine protein that in humans is encoded by the IL1B gene. IL-1β precursor is cleaved by caspase 1 (interleukin 1 beta convertase). Cytosolic thiol protease cleaves the product to form mature IL-1β. IL-1β is a member of the interleukin 1 cytokine family. This cytokine is an important mediator of the inflammatory response, and is involved in a variety of cellular activities, including cell proliferation, differentiation, and apoptosis.

Figure2  Structure of b-Interleukin I 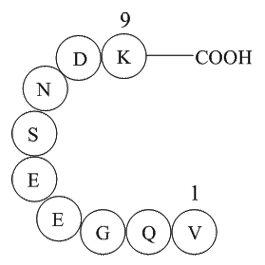