Catalog No.
A3206
Add to Compare
Email
Btk inhibitor
Skip to the end of the images gallery 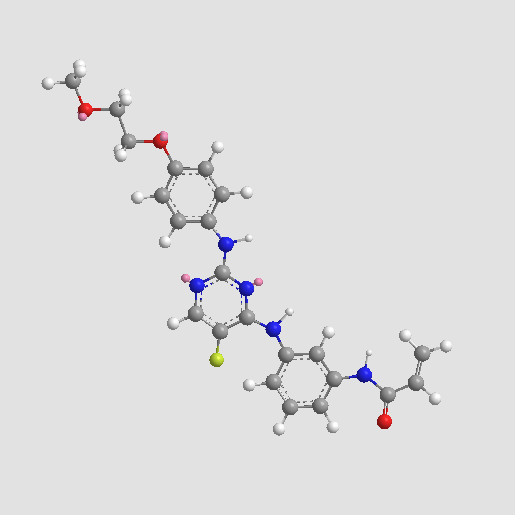 CC-292, formerly known as AVL-292, is an orally active, potent irreversible small molecule inhibitor of BTK with IC50 of 0.5 nM and EC50 of 8 nM. [1]
The B cell receptor (BCR) signaling pathway plays an important role in the fate and function of B cells by modulating cellular selection, maturation, proliferation, and production of antibody.
BTK, which is a tyrosine kinase member of the Tec kinase family, is a unique therapeutic target among kinases in the pathway BCR signaling. Studies showed that loss of gene function mutations of BTK in humans consequently leads to X-linked agammaglobulinaemia (XLA), characterized by a complete lack of B cells, low concentrations of serum Ig, and recurring infections, which implies that BTK is required in the development and immunoglobulin production of B cells. CC-292 inhibits BTK by the formation of a covalent bond with Cys481 residue. [2]
The inhibitory activity of CC-292 has been examined in immunoblot analysis, which showed that CC-292 potently inhibits auto-phosphorylation in human naive primary B cells. Furthermore, CD69 upregulation tested by ﬂow cytometry tracking also exhibited a dose-dependent reduction in CD69 expression with increasing levels of CC-292 in vitro. Covalent probe analysis of human B cells coupled with enzyme linked immunosorbent assay (ELISA) quantiﬁcation methods illustrated 42% BTK occupancy in a 1h incubation with CC-292 of 10 nM. [1, 2]
Studies in vivo for CC-292 has been conducted. CIA model in mice was orally treated with CC-292, which demonstrated a positive correlation between BTK occupancy and inhibition of the disease. In addition, CC-292 was assessed with clinical trials, which showed a T1/2 of 1.9h and suggested efficacy in B-NHL, WM, and CLL patients. [2]
References:
[1].Evans E K, Aslanian S, Karp R, et al. Inhibition of Btk with CC-292 provides early pharmacodynamic assessment of activity in mice and humans[J]. Journal of Pharmacology and Experimental Therapeutics, 2013, 346(2): 219-228.
[2].Aalipour A, Advani R H. Bruton tyrosine kinase inhibitors: a promising novel targeted treatment for B cell lymphomas[J]. British journal of haematology, 2013, 163(4): 436-443. 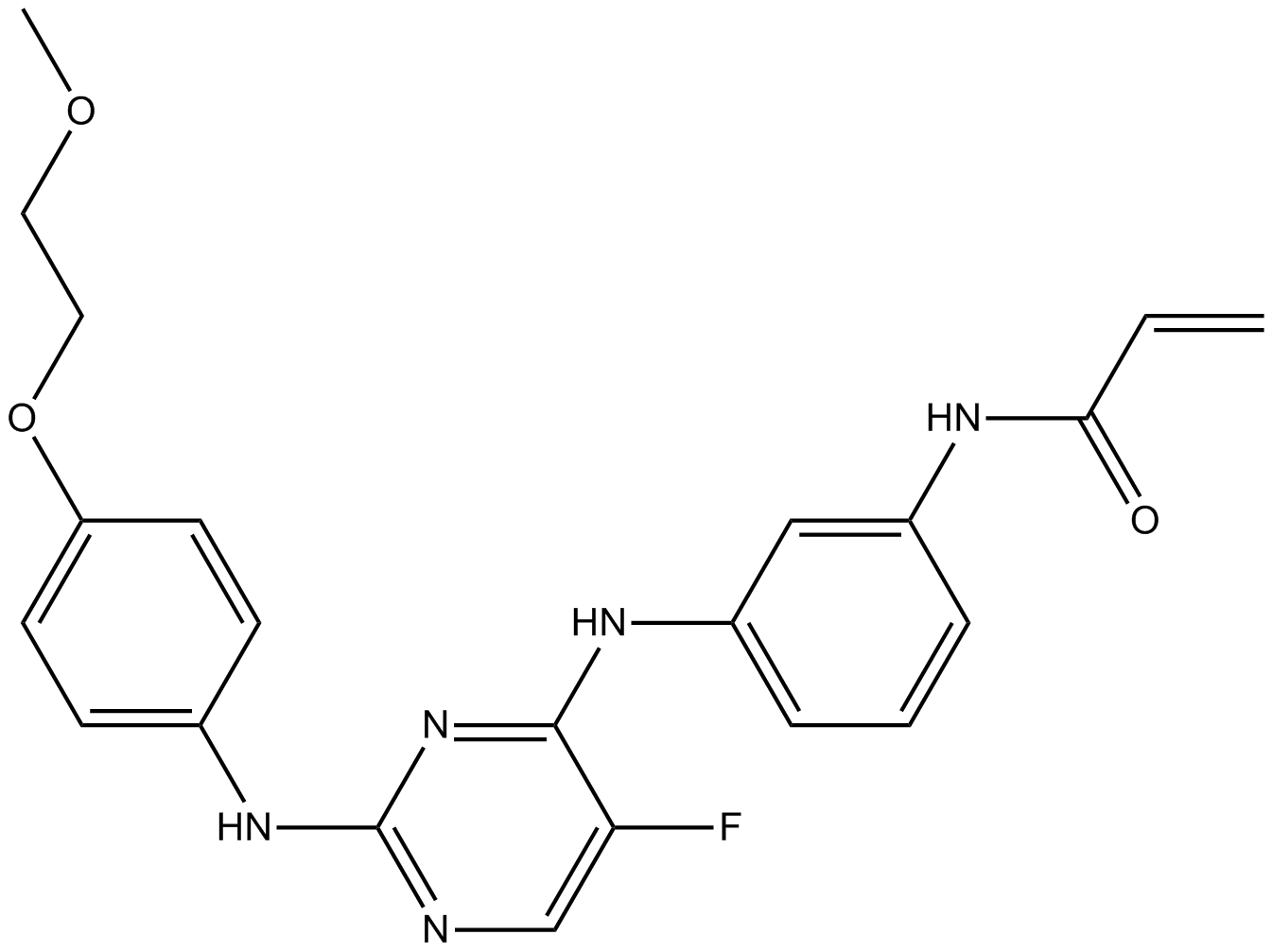