Catalog No.
A8251
Add to Compare
Email
ALK inhibitor,potent and selective
Skip to the end of the images gallery 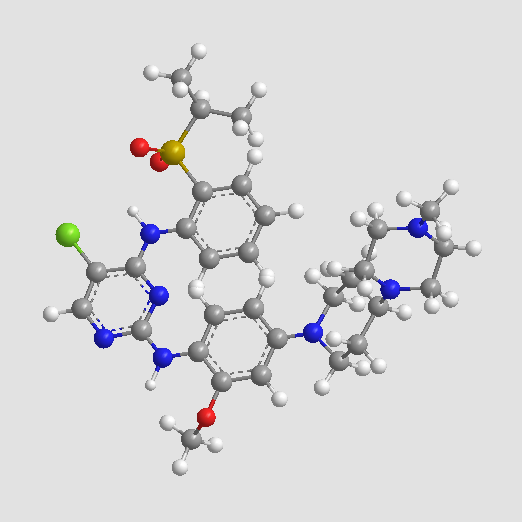 Anaplastic lymphoma kinase (ALK) is an enzyme and plays an important role in the development of the brain and exerts its effects on specific neurons in the nervous system. It has been reported that ALK involves in the pathogenesis of various cancers and serves as an important therapeutic target [1, 2].

TAE684 (NVP-TAE684) is a potent ALK inhibitor and has a different selectivity with the reported ALK inhibitor crizotinib. When tested with ALCL cell lines—Karpas-299 and SU-DHL-1 expressing NPM-ALK, TAE684 (NVP-TAE684) inhibited cell proliferation and cell apoptosis in dose-dependent manner [1]. In lung cancer cell lines harboring wild-type, H694R or E1384K mutant ALKs, TAE684 showed effective inhibition on cell proliferation and phospho-Y1604 ALK expression of H694R or E1384K mutant ALK, but also to a degree higher than that of wild-type ALK [2].

In SCIDbeige mice model with luciferized Karpas-299 cells subcutaneous xenograft, in which the invasion could be detected by a strong bioluminescence signal, oral administration of TAE684 (NVP-TAE684) caused significant reduction of lymphoma develop and 100- to 1000-fold reduction in luminecsene signal at the dose of 3 and 10 mg/kg. And, the group received TAE684 (NVP-TAE684) at the dose of 10 mg/kg appeared healthy and showed no signs of compound- or disease-related toxicity [1]. 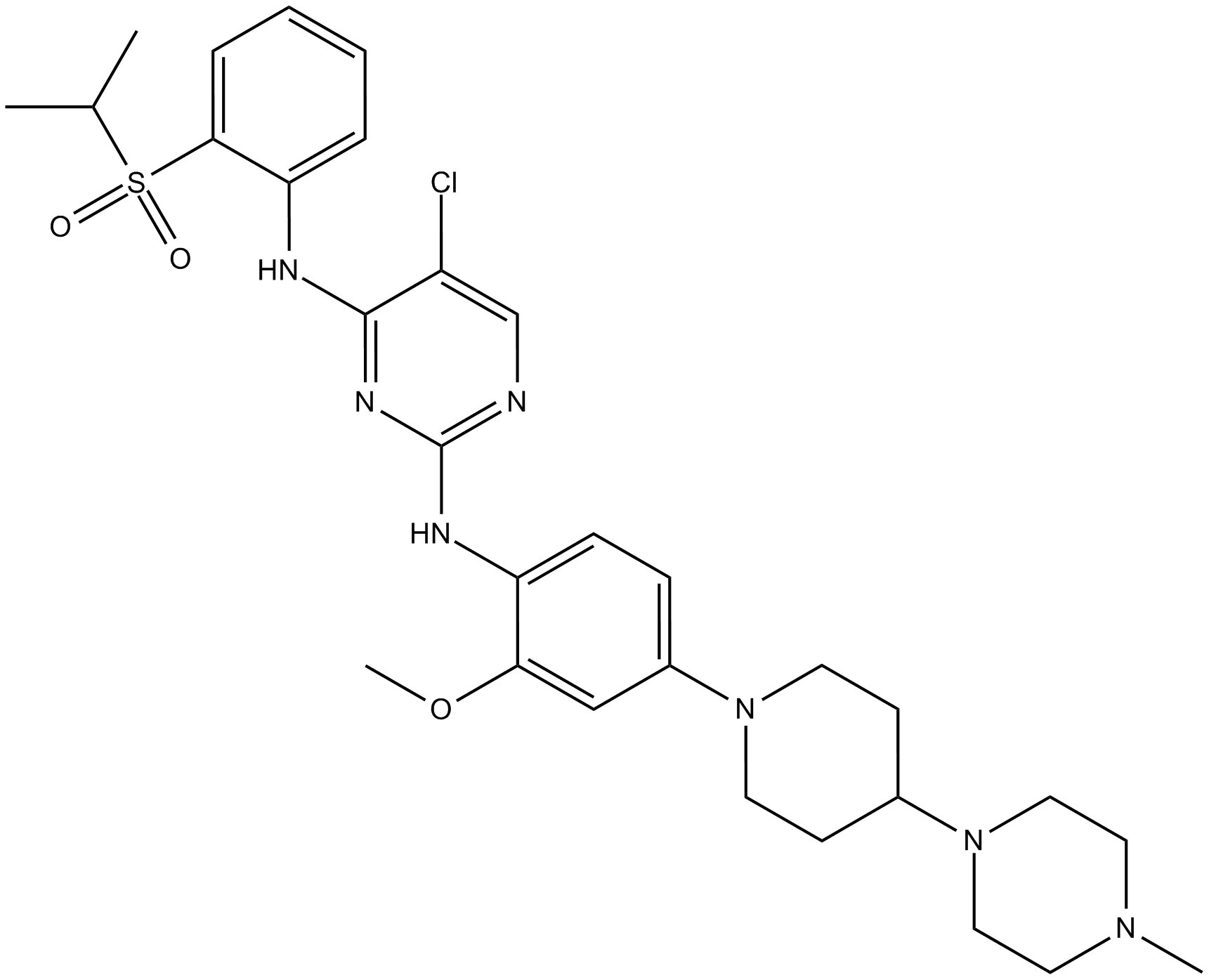 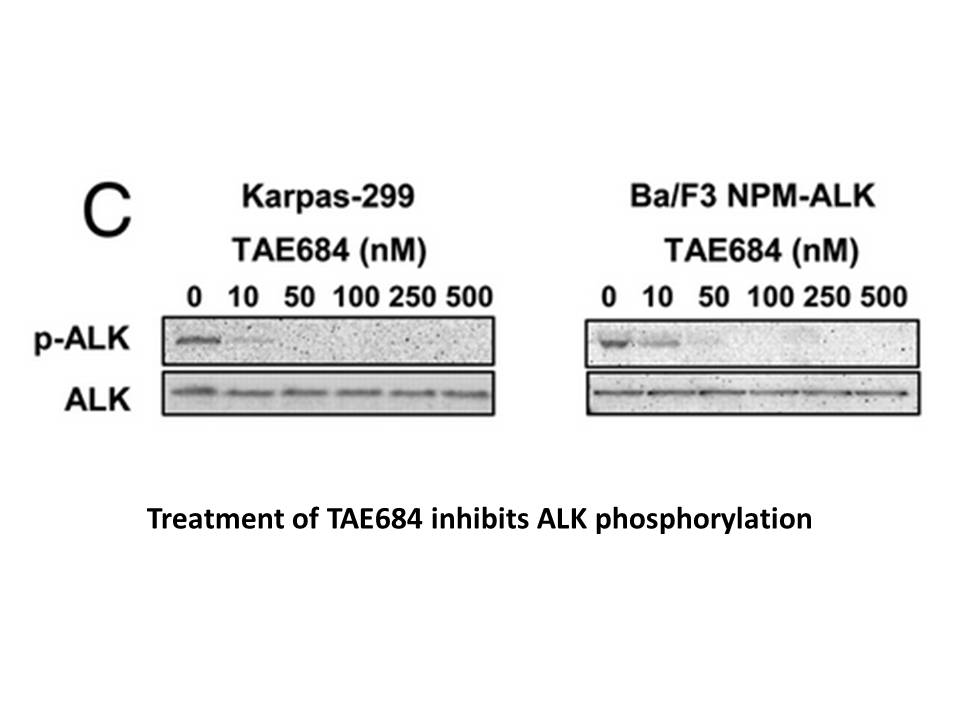 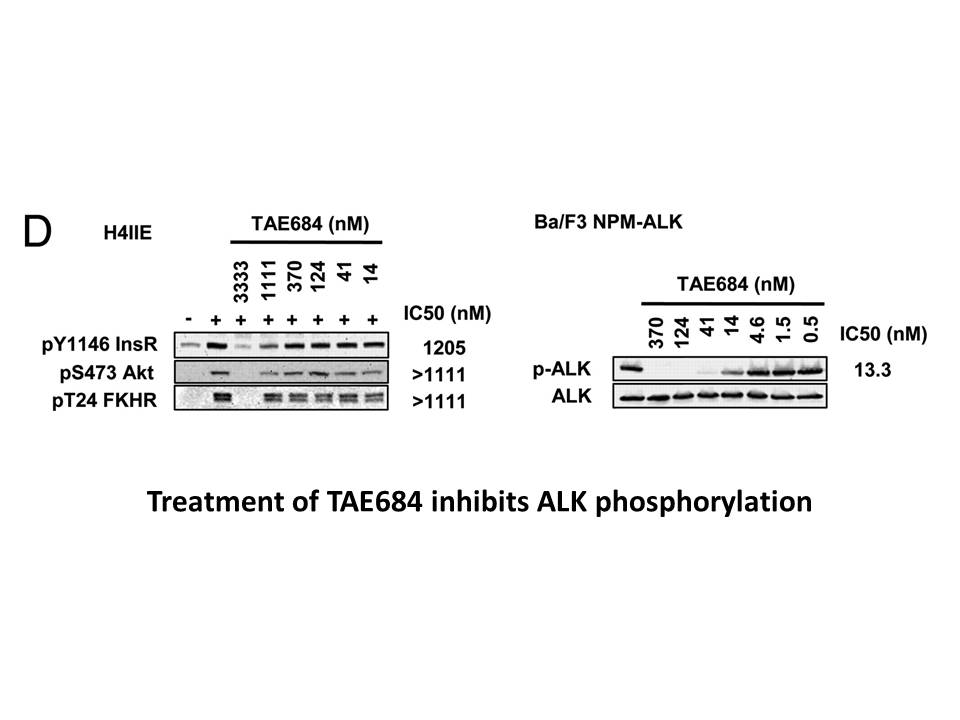