Catalog No.
A3799
Add to Compare
Email
ALK5/ALK4/ALK7 inhibitor in TGF-β/activin signalling,selective
Skip to the end of the images gallery 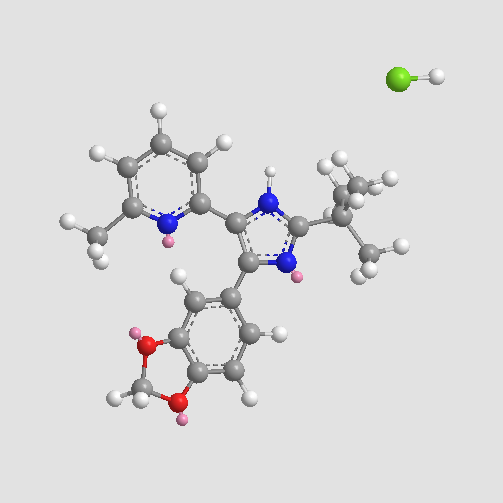 Anaplastic lymphoma kinase (ALK) gets involved in the development of the brain and influence specific neurons in the nervous system.

SB505124 is a reversible ATP competitive inhibitor of ALK4 and ALK5. Incubation of the ALK5 with high concentrations of SB505124, followed by dilution to a sub-IC50 concentration resulted in no effect of downstream Smad3 phosphorylation [2]. SB505124 was shown to have no toxicity to renal epithelial A498 cells at concentrations up to 100 μM for 48 h. Evidence showed that 100% drug will release within 12 h, and the gel showed no cytotoxicity to the cultured rabbit subconjunctival cells[2]. It was observed that ALK4 downstream effectors including pSmad2, CTGF, and α-SMA was inhibited by SB505124 in cultured fibroblasts [3].

In rabbit in glaucoma filtration surgery (GFS) model, the period of filtering blebs were reduced by TGFβ induced fibroblast. The filtering blebs in the GFS with SB505124 group were maintained for more than 10 days, and the period of bleb survival was significantly longer than that in controls, which suggested the significant inhibition of ALK4 and 5 by SB505124 [2]. It was observed that ALK4 downstream effectors CTGF and α-SMA were suppressed by SB-505124 in vivo[3]. 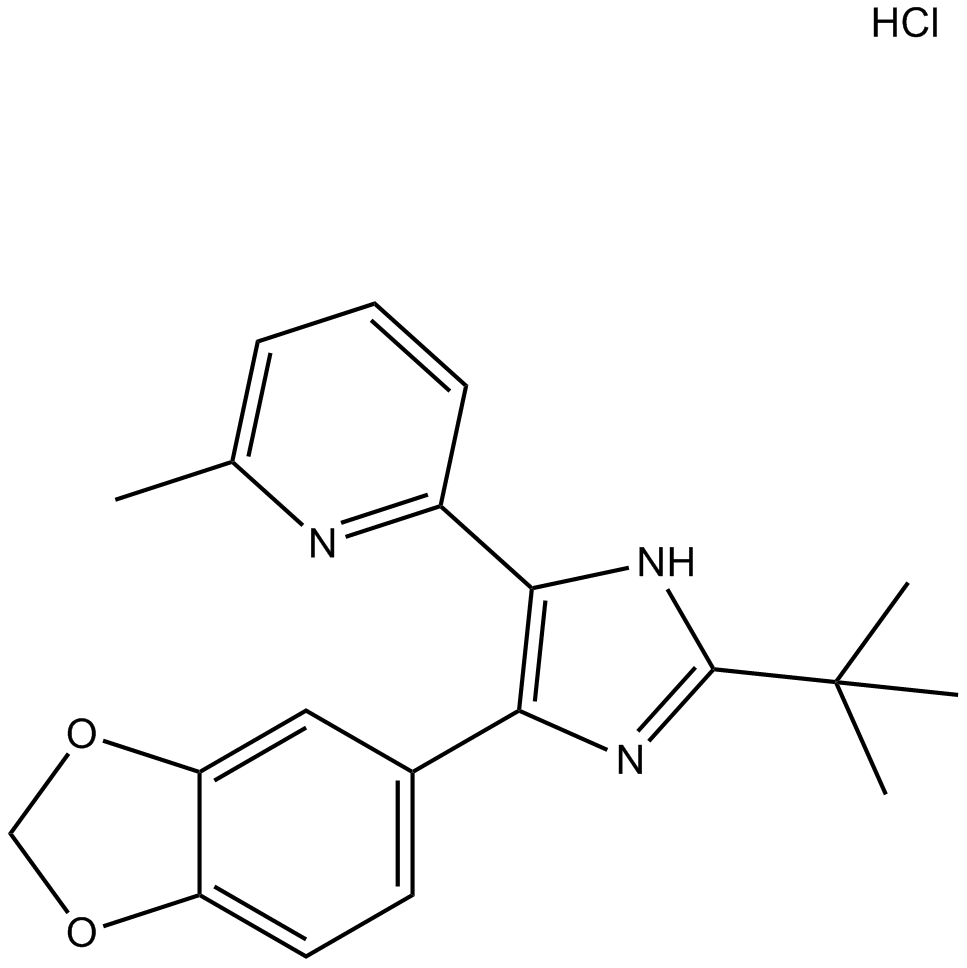