Catalog No.
A3641
Add to Compare
Email
Antimalarial drug
Skip to the end of the images gallery 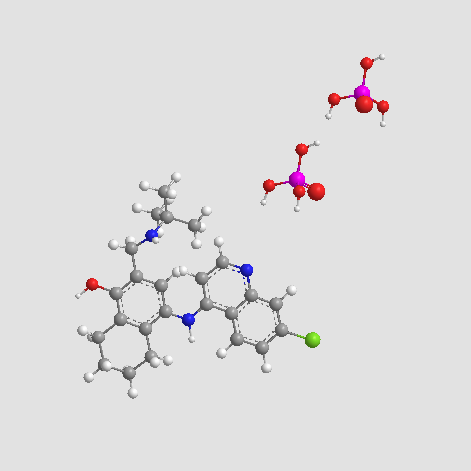 Malaria remains a disease of devastating global impact, killing more than 800,000 people every year-the vast majority being children under the age of 5. Naphthoquine phosphate is a antimalarial drug developed in China.

In vivo: In an study aiming to investigate the antimalarial activity of naphthoquine phosphate combined with artemisinine against Plasmodium knowlesi in rhesus monkey, it was found that the combination of naphthoquine phosphate and artemisinine was superior to the single component and the optimum proportion in the combination is 1 : 2.5 in treating P. knowlesi infection in monkeys [2].

Clinical trial: An oral single dose of the combination drug (400 mg of naphthoquine + 1000mg artemisinin) was administered to adult uncomplicated falciparum malaria patients. Mean fever clearance time, parasite clearance time were 18.2 ± 8.6 h and 34.6 ± 14.3 h, respectively. Adequate clinical and parasitological response was achieved in 52 out of 54 cases, the rate being 98.1%. The drug was well tolerated and no adverse reactionswere detected in the patients [3]. 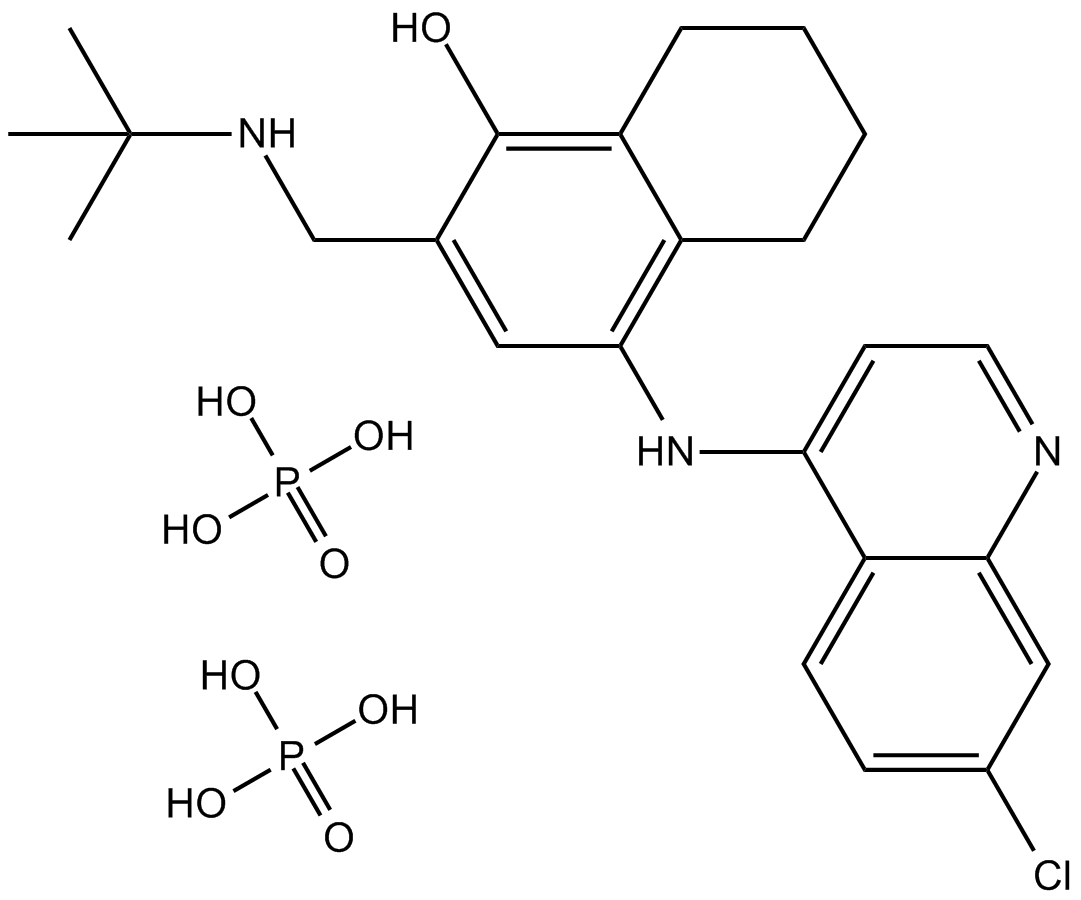