Catalog No.
A4153
Add to Compare
Email
Potent PARP inhibitor
Skip to the end of the images gallery 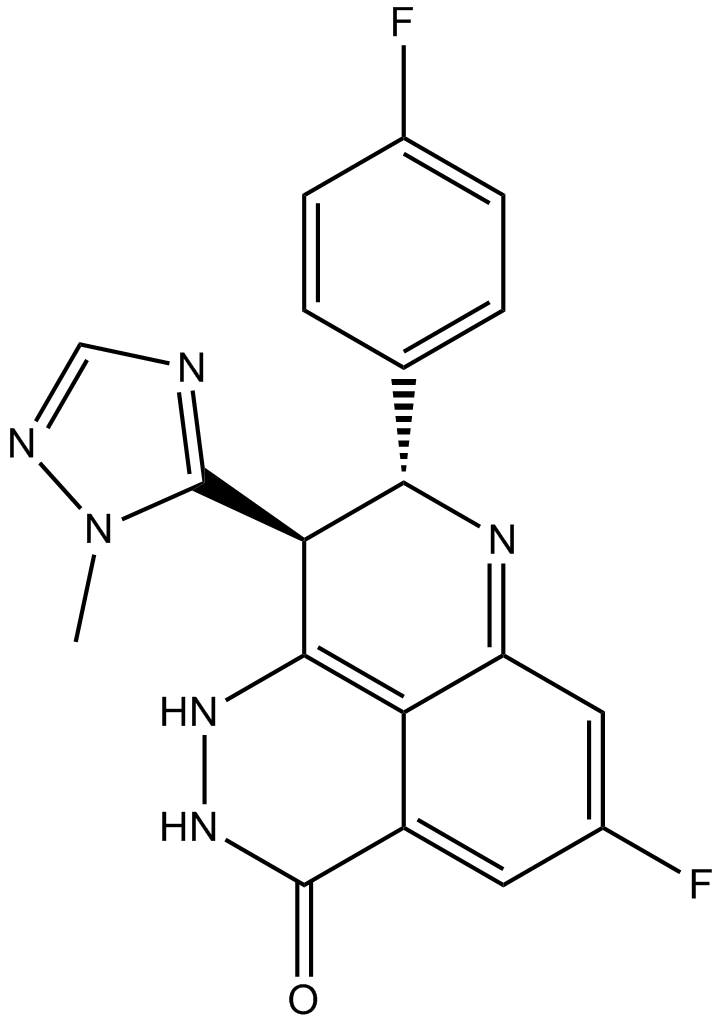 BMN673 is a potent and selective PARP1/2 inhibitor with Ki of 1.2 and 0.9 nM, respectively 1. It had no effect on panels of 72 receptors, ion channels, and enzymes 1. BMN673 showed IC50 value of 0.57 nM in enzymatic assay of PARP1 1. In in vitro assay, it exhibited greater potency than other existing PARP inhibitors, such as veliparib, rucaparib, and olaparib 2. It is also much more potent at trapping PARP-DNA complexes than other PARP inhibitors 3.

BMN673 has shown anti-tumor activity both in vitro and in vivo. It inhibited proliferation of tumor cells and xenografts with defects in homologous recombination 1. The combination of BMN673 and DNA-damaging agents demonstrated synergistic anti-tumor effects 1. In addition, study showed that the expression levels of DNA repair proteins and status of PI3K pathway predict response to BMN673 in small cell lung cancer 4.

BMN673 is currently under investigation in multiple clinical trials for advanced solid tumors or hematological malignancies, either as monotherapy or in combination with other anti-tumor agents. 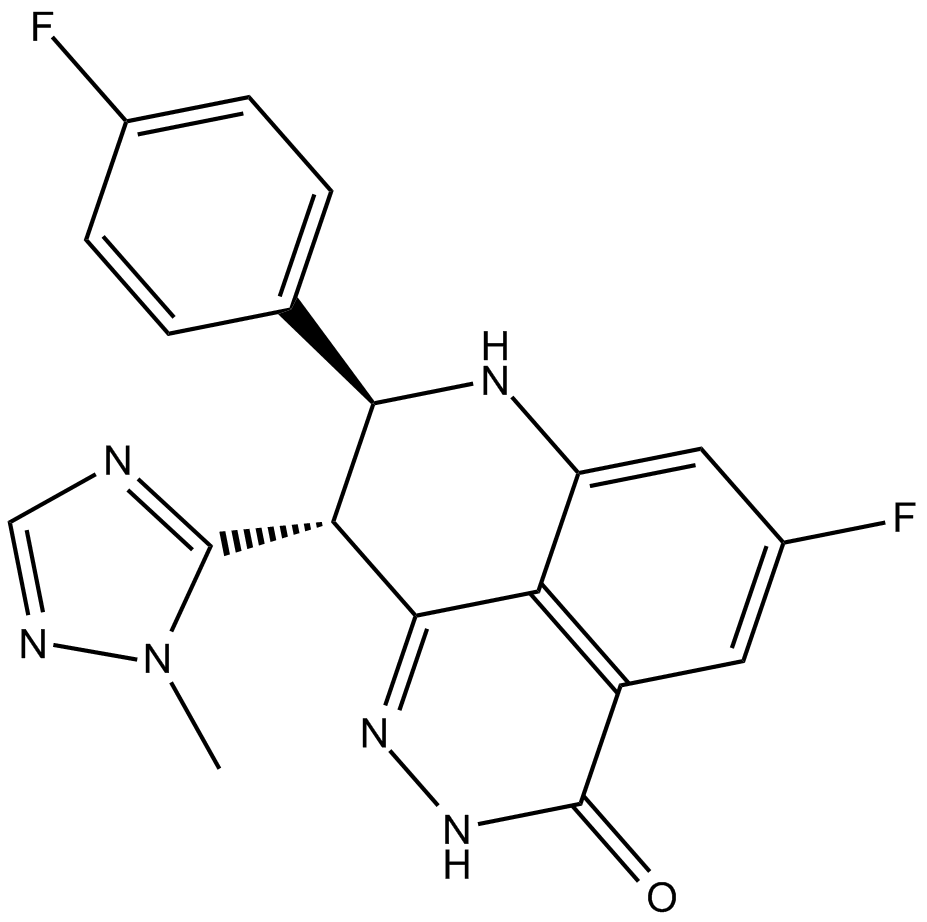 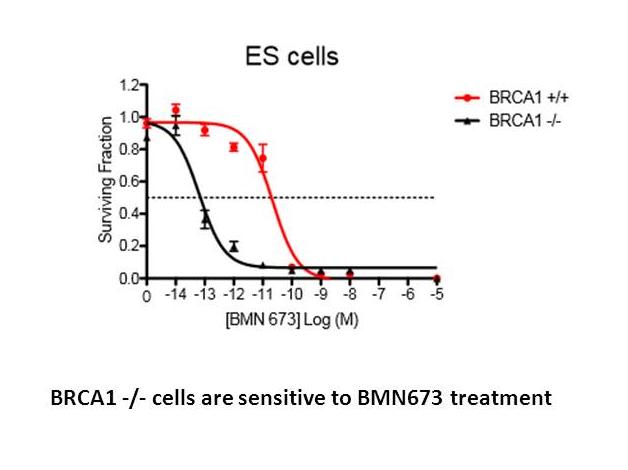 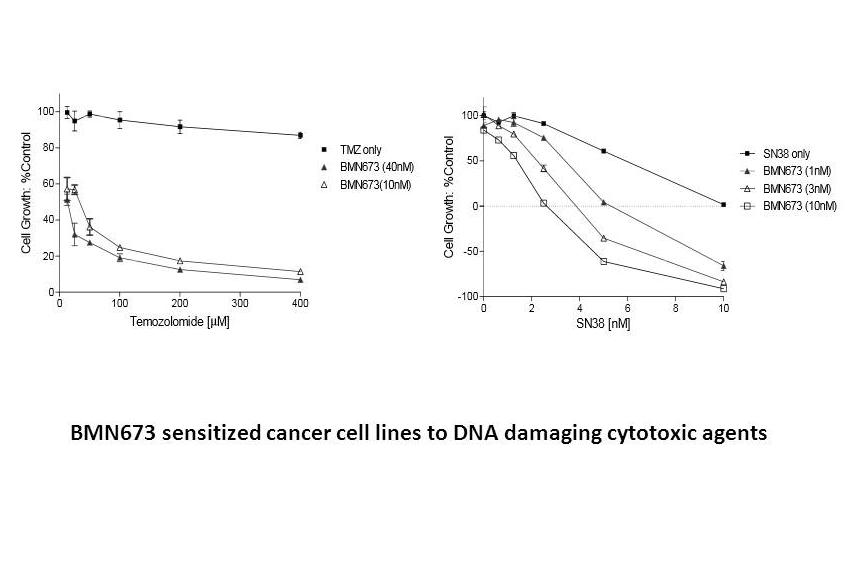