Catalog No.
B7820
Add to Compare
Email
KSR-dependent MAPK modulator
Skip to the end of the images gallery 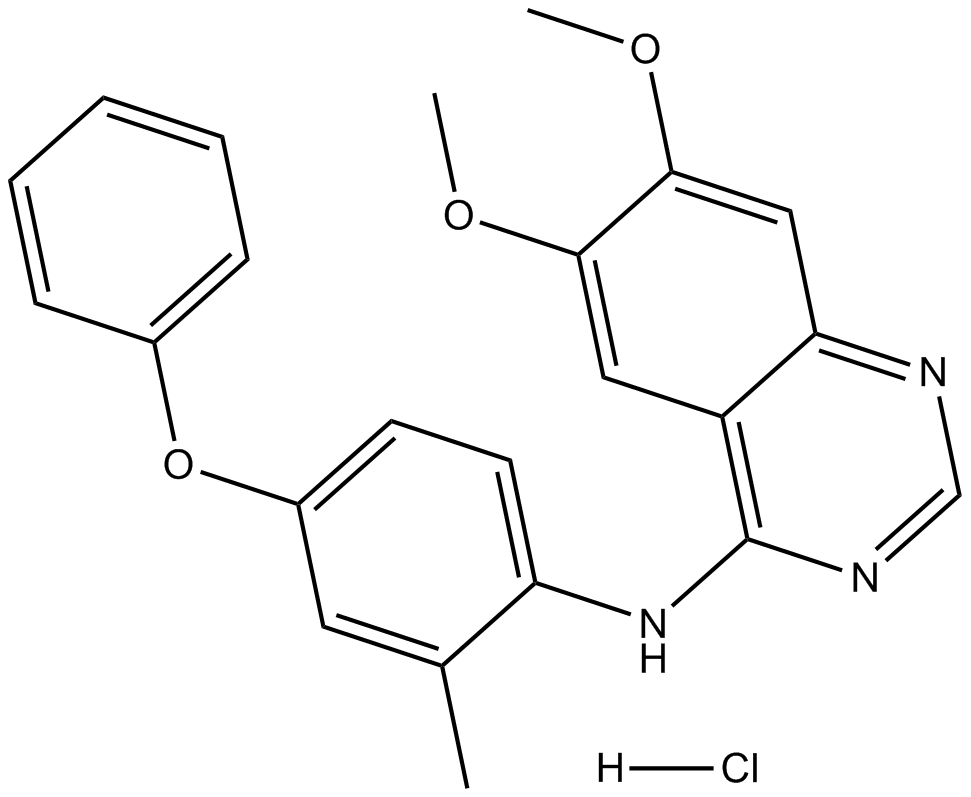 APS-2-79 is a KSR-dependent MAPK modulator.

Kinase suppressor of Ras (KSR), a MAPK scaffold, is subject to allosteric regulation via dimerization with RAF. Targeting of KSR has important therapeutic implications for cancer, however, testing this hypothesis is difficult due to the lack of small-molecule KSR antagonists.

In vitro: APS-2-79 was found to be able to suppress KSR-stimulated MEK and ERK phosphorylation. This MAPK signalling suppression caused by APS-2-79 was dependent on direct targeting of KSR as an active site mutant, which had been demonstrated to stimulate KSR-based MAPK outputs independent of ATP-binding, which could significantly diminish the activity of APS-2-79. Moreover, the KSR-stimulated MEK phosphorylation caused by RAF was reduced by the addition of APS-2-79 markedly. In addition, APS-2-79 was no effetive when KSR was absent or when the KSR2(A690F) mutant was used for in vitro assays, indicating that the activity of APS-2-79 was from direct targeting of KSR. However, APS-2-79 was found to lack direct activity against the highly homologous active RAF family kinases, such as recombinant BRAF and CRAF, or cellular BRAF(V600E) [1].

Clinical trial: Up to now, APS-2-79 is still in the preclinical development stage.