Catalog No.
A8893
Add to Compare
Email
Potent PARP inhibitor
Skip to the end of the images gallery 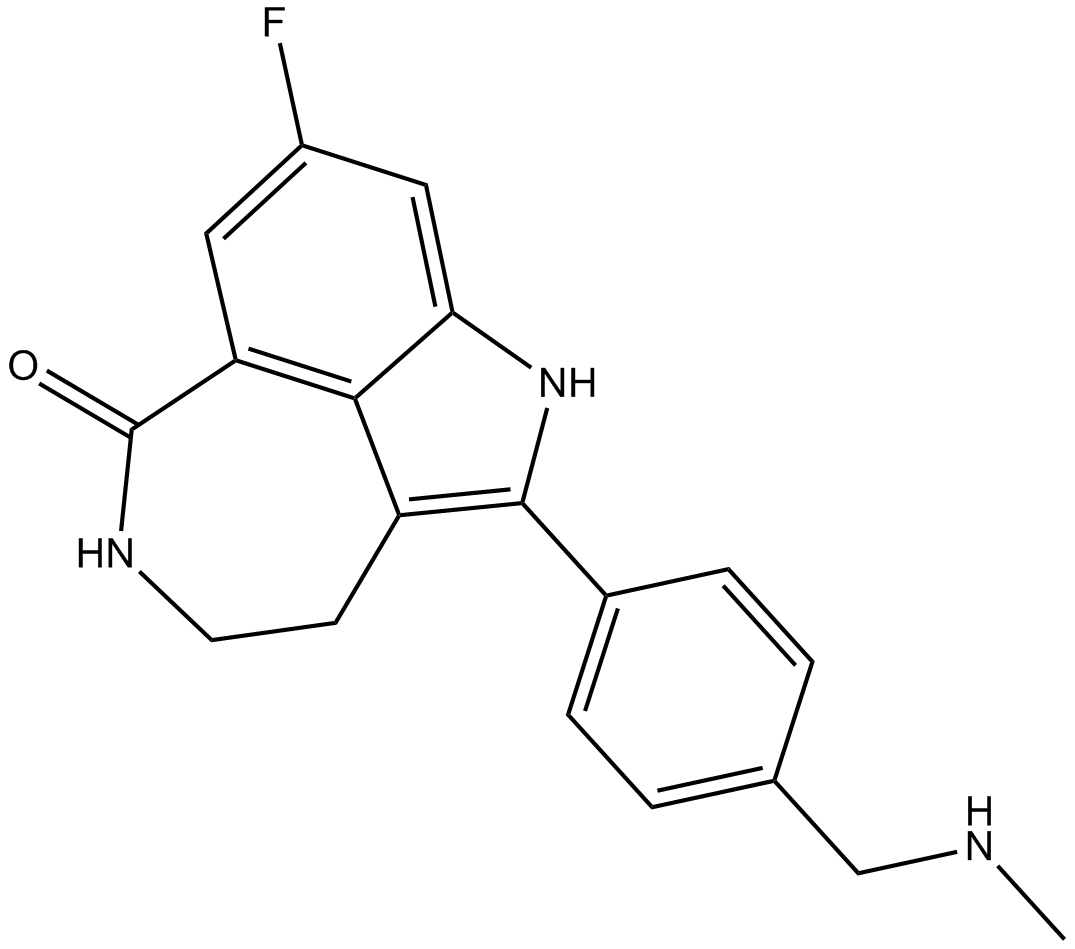 Rucaparib, also named as AG-014699 or PF-01367338, is a poly (ADP ribose) polymerase (PARP) inhibitor. PARP is a DNA damage-activated nuclear enzyme that has a key signaling role in the base excision repair pathway. So, rucaparib has been also found to be most effective in cells deficient in DNA repair, where the cells deficient are caused by exposure to genotoxic agents, such as irradiation produces DNA damage and its toxicity is augmented when the DNA repair is impaired. Increased radiosensitivity in presence of rucaparib was associated with persistent DNA breaks as determined by gamma-H2AX and p53BP1 foci. Rucaparib radiosensitizes prostate cancer cells, most effectively those that are PTEN-deficient and are expressing ETS gene fusion proteins, which inhibits NHEJ DNA repair.