Catalog No.
A6001
Add to Compare
Email
Synthetic peptide tag
Skip to the end of the images gallery 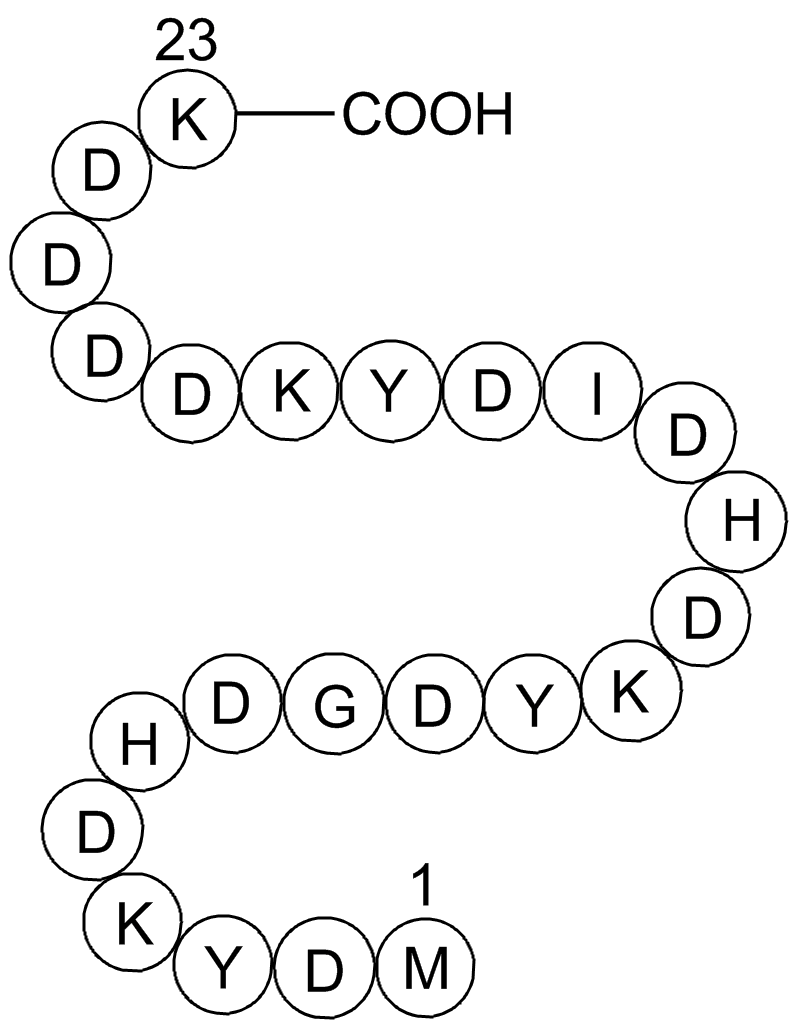 The DYKDDDDK-tag system utilizes a short, hydrophilic 8- amino-acid peptide that is fused to the protein of interest1. The DYKDDDDK peptide binds to the antibody M1. Whether binding is calcium-dependent manner2 or –independent3 remains controversial. A disadvantage of the system is that the monoclonalantibody purification matrix is not as stable as others. In general, small tags can be detected with specific monoclonal antibodies.

To improve the detection of the DYKDDDDK tag the 3x (DYKDDDDK) system has been developed. This threetandem DYKDDDDK epitope is hydrophilic, 22-amino-acids long and can detect up to 10 fmol of expressed fusion protein. The DYKDDDDK-tagged maltodextrin-binding protein of Pyrococcus furiosus has been crystallized4 and the quality of the crystals was very similar to that of crystals of untagged protein.

Finally, the DYKDDDDK-tag can be removed by treatment with enterokinase, which is specific for the five C-terminal amino acids of the peptide sequence5. 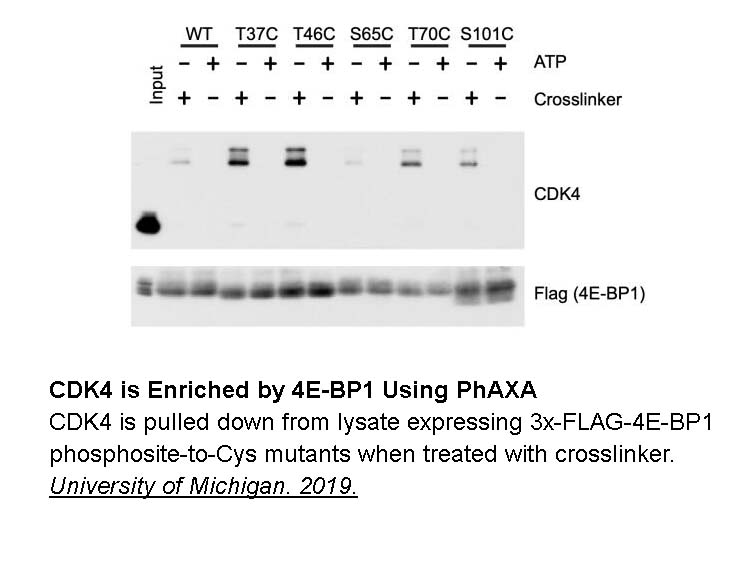 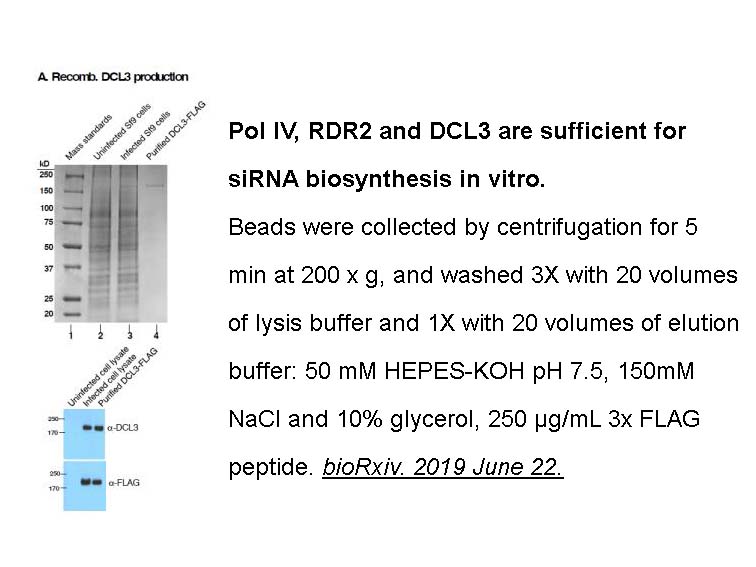 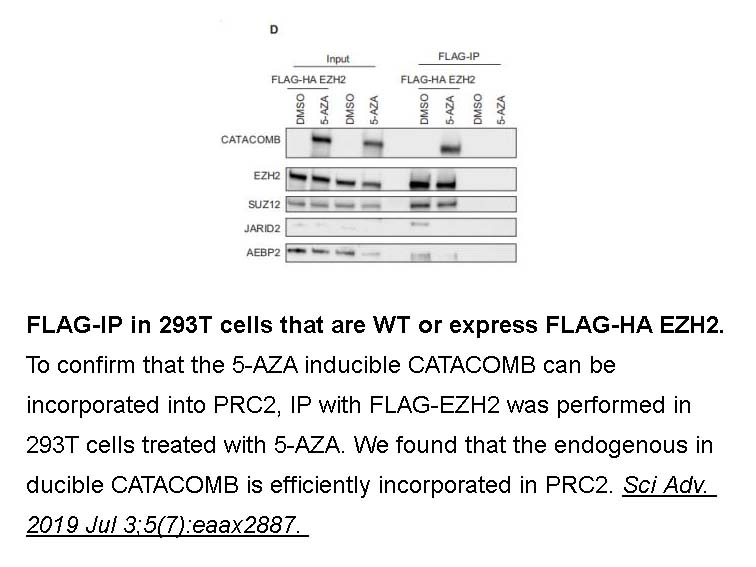 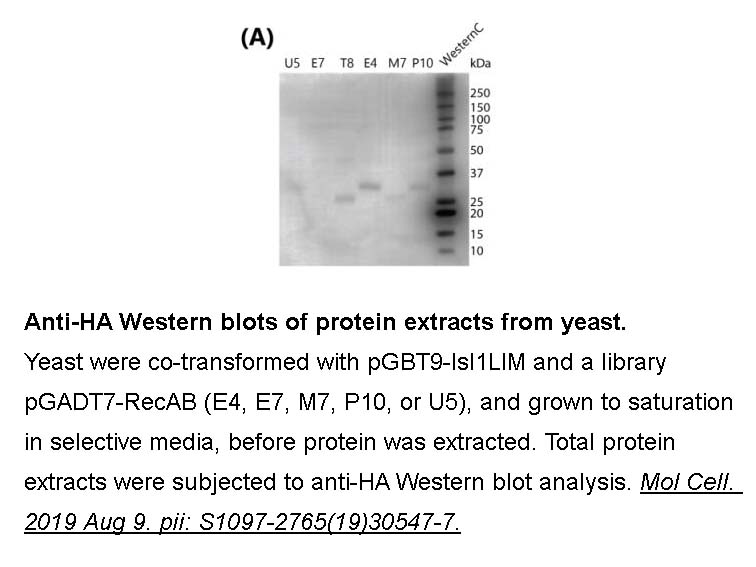 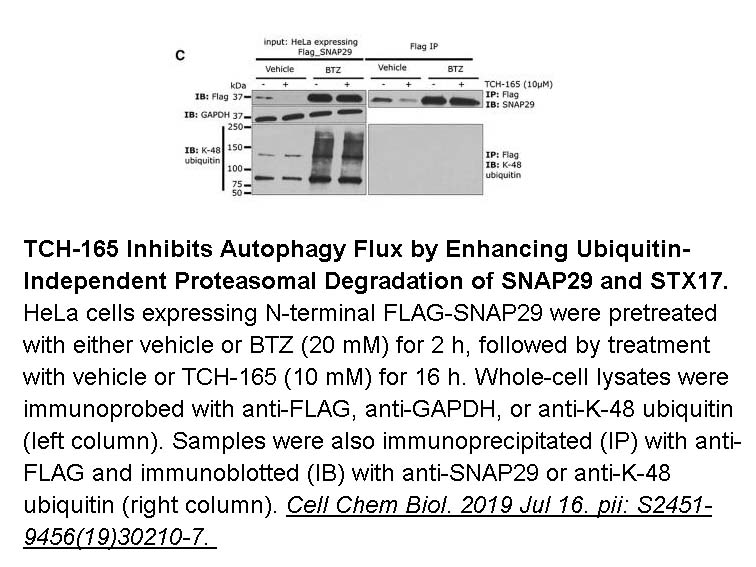 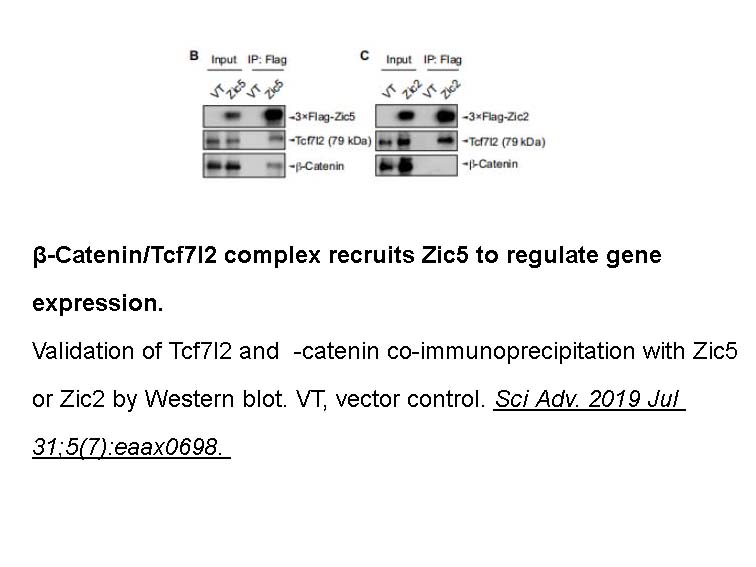 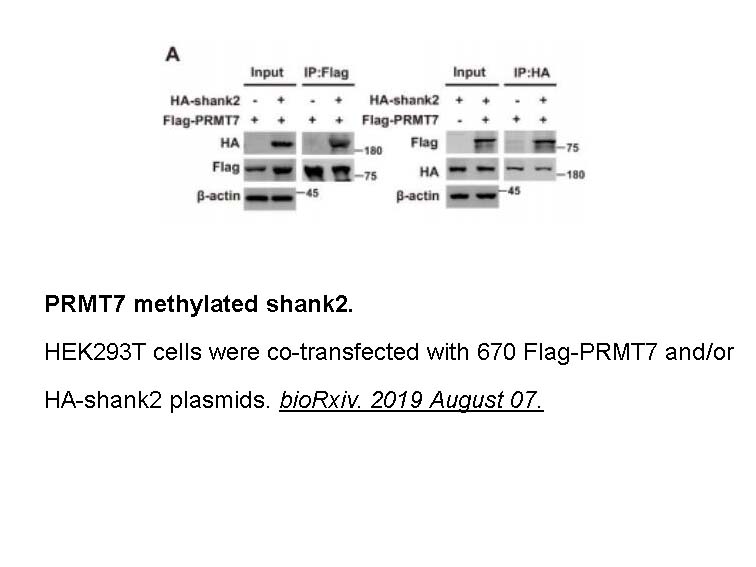 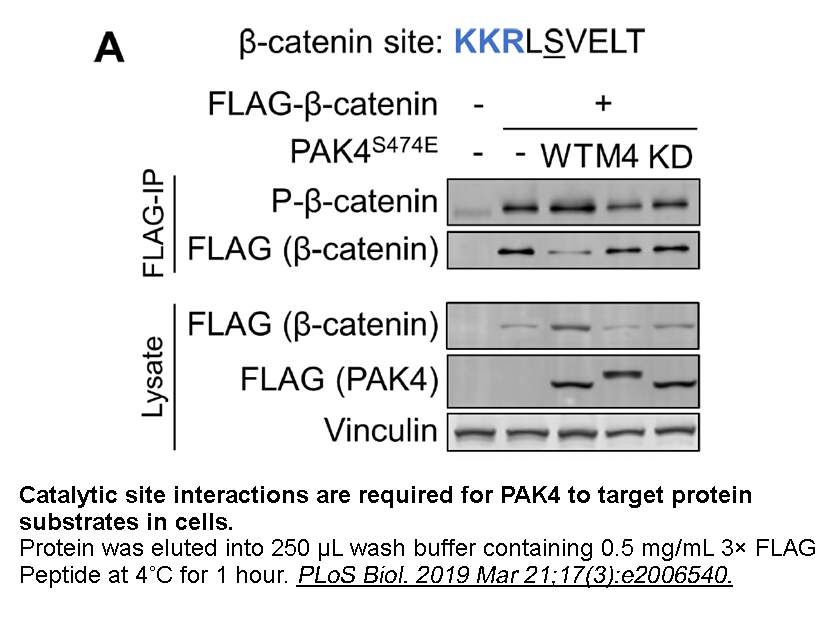