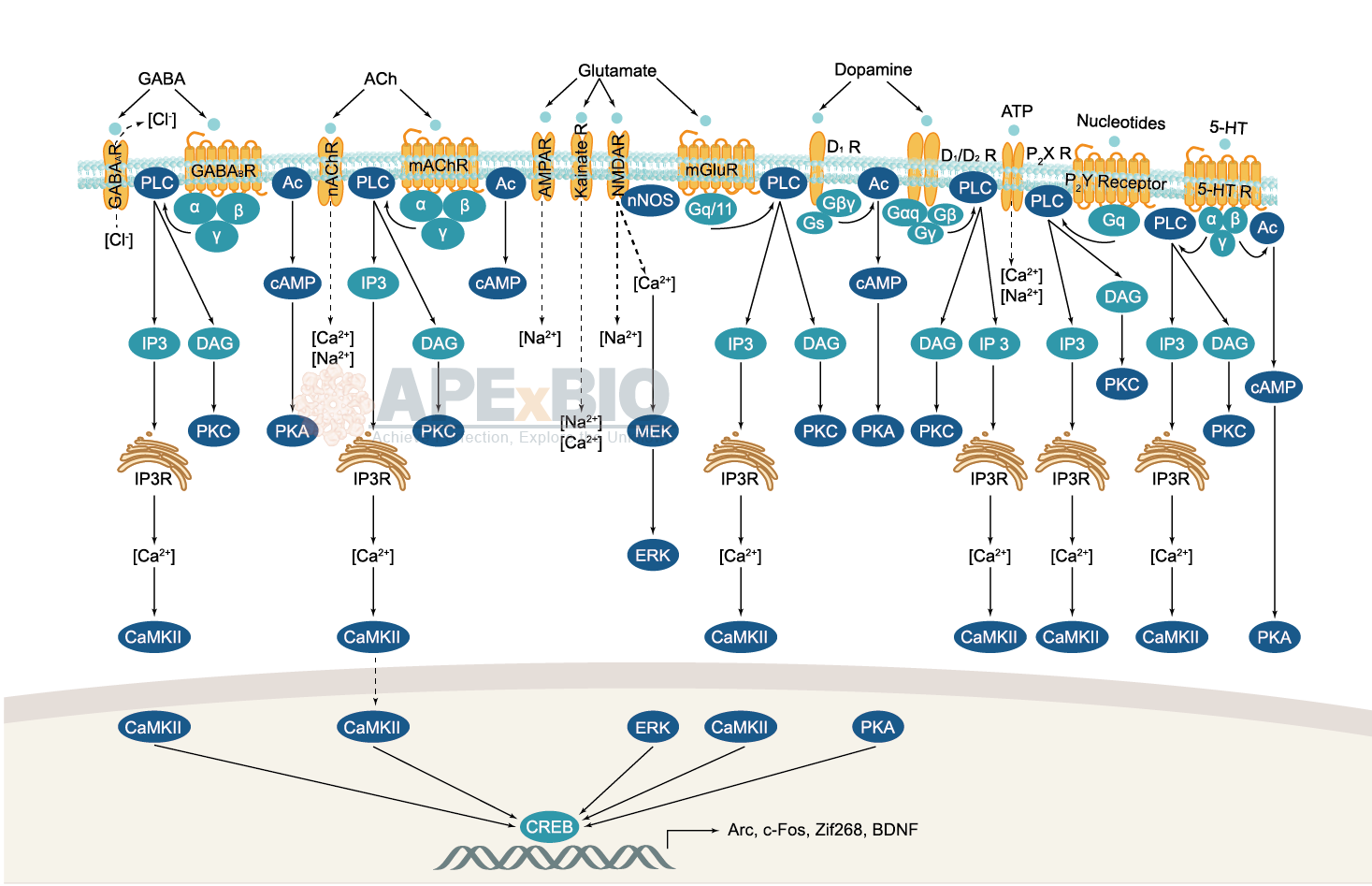 Neurons are the foundations of the sophisticated neural networks. Neurotransmitters such as dopamine, glutamate, and GABA, are crucial signaling molecules for the delivery of neuronal signals. Neurons synthesize/import neurotransmitters, and store them in presynaptic vesicles. A neuronal impulse is propagated by the vesicles released from presynaptic neurons.

Neurotransmitter receptors function via various G-protein coupled and G-protein independent mechanisms that activate downstream intracellular signaling pathways such as cAMP/PKA, PI3K/AKT, phospholipase A2, and phospholipase C pathways. For instance, dopamine receptors act through adenylate cyclase to activate PKA and other signaling molecules, thereby mediate gene expression through the actions of CREB and other transcription factors. Other neurotransmitters such as NMDAR or AMPAR are associated with ion channels that control flux of Ca2+ and Na+, thus propagating the action potential across the post-synaptic neuron.

Dysfunctions in GABAergic/glutamatergic/serotonergic/dopaminergic pathways result in a broad range of neurological disorders such as chronic pain, neurodegenerative diseases, and insomnia, as well as mental disorders including schizophrenia, bipolar disorder, depression, and addiction.

per page
Shop By
Clear All