Catalog No.
A3747
Add to Compare
Email
NS5B inhibitor
Skip to the end of the images gallery 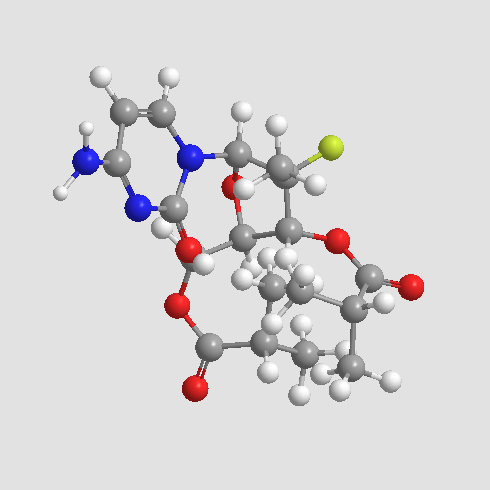 Hepatitis C virus (HCV) is an enveloped (+)-single stranded RNA virus, and the viral RNA is replicated in host cell via HCV's RNA-dependent RNA polymerase, which is the cause of hepatitis C and some cancer lymphomas.

R-7128 is a nucleotide triphosphate analog which is the substrate for HCV polymerase NS5B. Incorporation of R-7128 into nascent HCV RNA strongly decreased the efficiency of RNA elongation by RNA polymerase NS5B, leading to the termination of the nascent RNA product. It has been shown that R-7128 is able to inhibit the RNA synthesis of HCV in vitro [1].

32 patient infected with HCV genotype-1 was treated with R-7128 for 14 days with 750-mg or 1500-mg administered once (QD) or twice daily (BID), and the HCV RNA level was frequently measured. Initial decline of HCV RNA was generally slower than treatment with interferon-alpha or protease inhibitors but 12 patients showed a novel pattern of HCV RNA kinetics that the effectiveness in inhibiting viral production gradually increased over time to reach its final value. The final value was high with BID dose (mean 750-mg and 1500-mg: 98.0% and 99.8%, P=0.018) and significantly higher than in patients treated QD (mean QD vs BID: 90% vs 99%, P<10^-7) [2]. 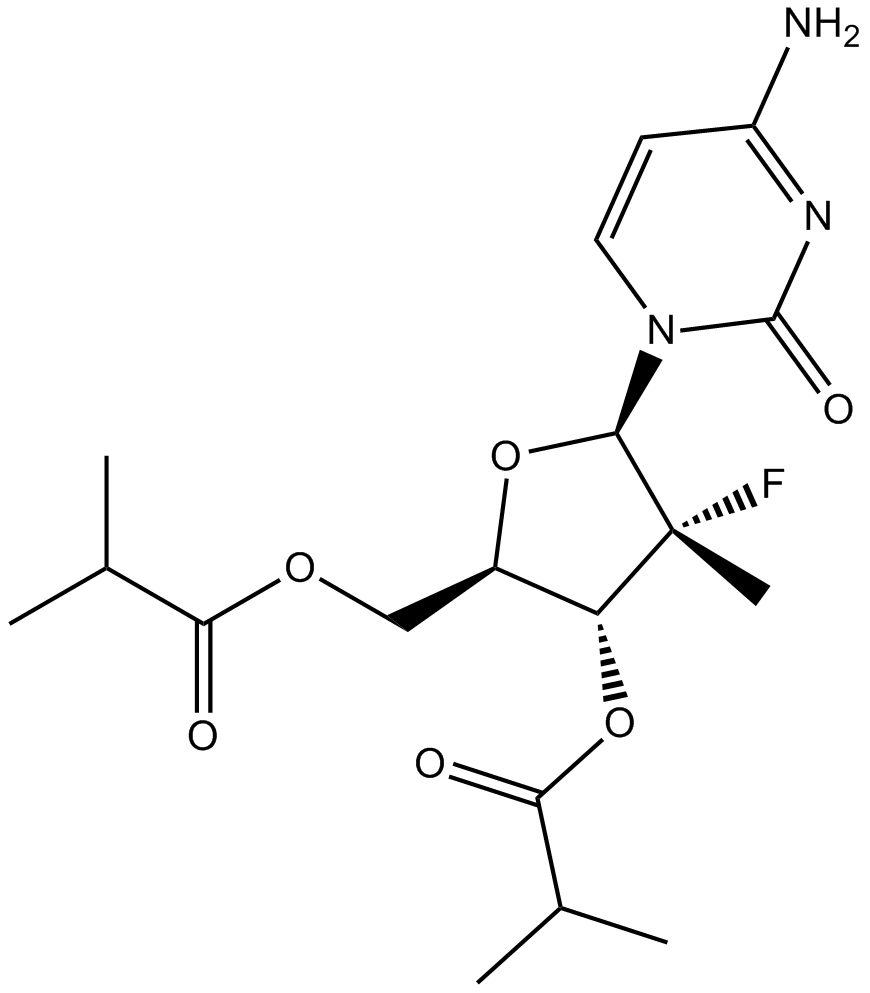